AN IRISH priest has told an Oireachtas Committee that a homeless child living in emergency accommodation in Ireland has been banned from playing in the gardens where his family were staying.

Father Peter McVerry, who campaigns against homelessness in Ireland, was speaking before a committee regarding the issue of depression and homelessness.

Recalling a story about a homeless family who had been temporarily housed in a hotel, McVerry said the family had been banned from mixing with other residents.

They were also banned from eating in the hotel's restaurant.

Seeing a dog in the hotel's garden, McVerry told how the seven-year-old boy of the family in question had turned to his mother and asked: "Mammy, why is the dog allowed in the garden and we are not?" 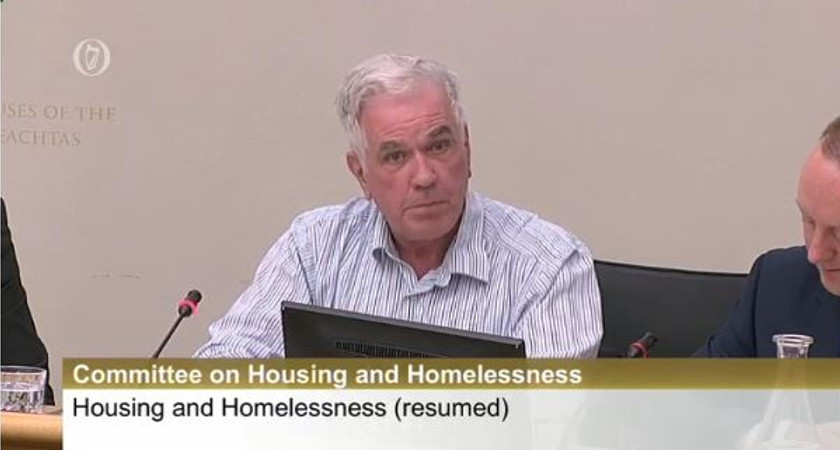 Father Peter McVerry speaking before the Oireachtas Committee on Housing and Homelessness [Picture: Oireachtas TV]
Figures released by the Department of the Environment showed there were over 6100 people living in emergency accommodation at the end of April, an increase of over 100 people month-on-month since March.

Speaking to Ireland's Newstalk Breakfast, McVerry called for Taoiseach Enda Kenny to declare a national emergency and get “every relevant agency around a table to produce a plan to prevent more families from becoming homeless".

“He would do it if there was an outbreak of foot and mouth disease in the morning,” he said.

The news comes after a new report from the Housing Agency estimated that there are almost 250,000 empty houses across Ireland.

Talking live on RTÉ’s Morning Ireland on Monday, Chairperson of the Housing Agency, Conor Skehan argued the government should introduce tax cuts and a grants scheme to encourage people to refurbish vacant homes and help alleviate the housing crisis.