IAN BAILEY says that the last 25 years of his life have been "taken away" due to the investigation into his alleged involvement in Sophie Toscan du Plantier's death.

Bailey is the chief suspect in the murder case, which has been running since 1996, but has always maintained his innocence.

The case, which remains unsolved, is back in the spotlight this month following the release of two new documentaries surrounding Ms Toscan du Plantier's murder on Sky and Netflix respectively.

Speaking to Newstalk Breakfast, Mr Bailey says that the ongoing investigation has ruined his life.

"I've lost my career as a journalist and I've lost my partner and we had been with each other for 30 years, and now I'm losing my home. 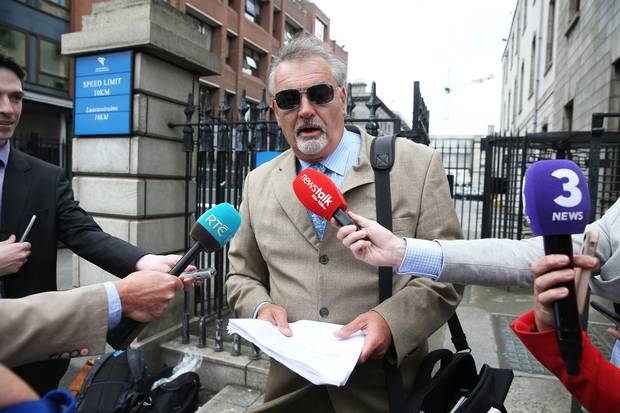 Ian Bailey has denied any involvement in the murder

Earlier this week, Bailey threatened to sue Netflix for including an interview that he says they have no legal right to use.

While he collaborated with Jim Sheridan for the documentary released on Sky, Bailey hit out at the Netflix series for being biased and for "demonising" him.

"From what I've seen of it ... I think it's a piece of self-loathing, demonising propaganda," Bailey said.

"The thing about the Jim doc, Jim [wanted] to make an objective documentary and from all I can see from the Netflix production, there is very little objectivity in it.

"It's written from a biased stand."

Ms Toscan du Plantier was a French journalist and film-maker who was mysteriously murdered in the town of Schull, Co. Cork on December 23, 1996.

She was beaten to death outside her home with a blunt object.

Bailey, who lived nearby at the time, was arrested twice by gardaí, but there wasn't enough evidence to bring charges, and the case has remained open ever since.

In 2019, a French court tried Bailey in absentia, convicted him of Sophie's murder and sentenced him to 25 years in prison. An extradition request was sent to Ireland, but was rejected by the Irish courts.