A MURAL depicting the legendary Cranberries singer Dolores O'Riordan has appeared in her hometown of Limerick.

Created through the city's urban art festival Draw Out, the piece is part of a series which celebrates the influential women of Limerick past and present.

The memorial to the late, great Dolores O'Riordan is situated near King John's Castle in the Medieval Quarter of the city. 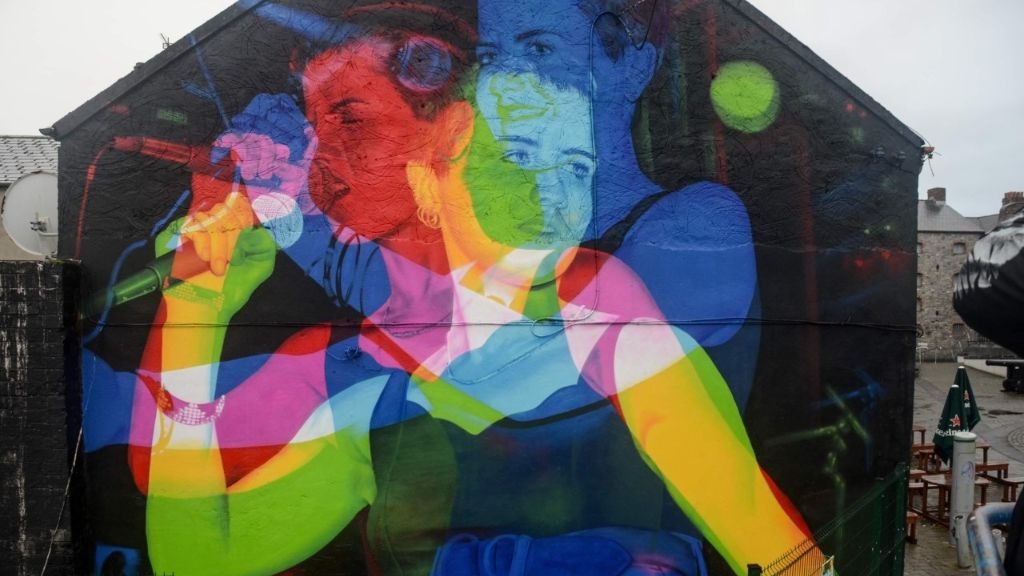 It was created by popular artist Aches, who is well known for his unique, glitchy style and who has created several iconic pieces-- such as the stirring portrait of Savita Halappanavar, which appeared the night before the referendum to repeal the 8th amendment.

According to the organisers of Draw Out, the Dublin-based artist chose to paint Dolores as a young woman in order to immortalise her at the peak of her career in a way that feels both positive and respectful.

Aches said: "I chose to paint Dolores O'Riordan as I found her to be a fitting subject for a mural in the heart of Limerick.

"Dolores' music is loved by people all over the world but I think Limerick is the perfect place for a mural of her.

“I chose images from 1993 as references, Dolores is young and in some ways comes across as shy but at the same time completely confident in her abilities. As a young Irish artist I found these images very inspiring."

As part of the Draw Out festival, an initiative created by Catherine O'Halloran and supported by Limerick City and County Councils, various sites in the city will be painted and presented to the public, meaning Limerick City, already a vibrant, artistic and inclusive city, is about to get even more colourful.

Draw Out are investing in Limerick with the aim of physical regeneration, community regeneration, cultural expression and artistic excellence, and are fighting for Limerick to be seen as a marketable European centre for Urban Art.

Laura Ryan, Head of Communications and Marketing in Limerick City and County Councils, said of the festival:

"The Draw Out Festival is a breath of fresh air in Limerick. It’s great to have such a creative urban art project in the city for the people who live and work here to engage with. It also gives us the opportunity to use the Street Art around the city as a new Trail for people to experience helping us promote Limerick’s stories and culture for those who visit here.

"Draw Out brings so many internationally recognised artists to Limerick to showcase their work and hats off to Catherine O’ Halloran for bringing this ambitious initiative together.”

Councillor Daniel Butler, who played a huge part in procuring sites for the artists to work on, added that was "delighted to be able to support Draw Our this year".

"The project is authentically Limerick and reflects the urban edge our city has, one we should embrace as much as Draw Out has.

"Huge credit particularly needs to go to Catherine O’Halloran. Being a strong Limerick woman herself, understanding what runs through the veins of our city and her passion for street art has created an inspiring vision for our citizens, it’s been fantastic working with her”.

Limerick city is about to get very colourful indeed.