AN INVESTIGATION is underway by Dublin Zoo after pictures surfaced online of a child inside the rhino enclosure.

The pictures, which were published on Twitter by shocked by-standers, appear to show a young boy standing inside the chest high fence of the enclosure.

The child, whose age is unknown, is seen holding the hand of an adult who is outside the enclosure.

Also visible in the image is one of Dublin Zoo's four rhinos, just yards away from the child.

The images, which appeared on the social media website on Saturday were taken by visitors to the zoo who witnessed the incident.

The child was reportedly inside the enclosure for a lengthy period of time.

A spokeswoman for the zoo has said that the incident is currently being reviewed internally. 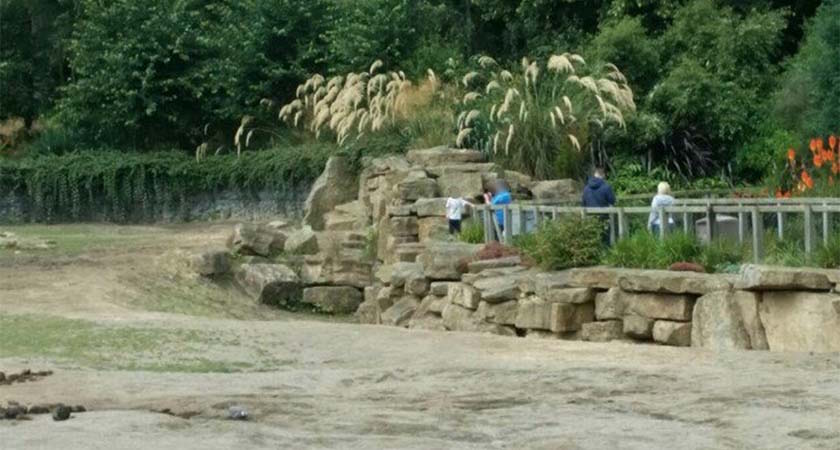 From a wide angle, the image shows a child in the direct eyeline of one of the rhinos.

This is the second incident in recent months involving a child in a zoo.

In May earlier this year, a gorilla was shot in an American zoo after a child fell into his enclosure.

Harambe, a silverback gorilla who was in captivity at Cincinnati Zoo, was killed after a video emerged online of the animal dragging a three-year-old child around the moat in his enclosure.

It's understood the child was overheard saying he wanted to enter the enclosure before climbing a three foot fence and falling 15ft into the moat.

Following the incident, primatologist Jane Goodall said that while she believes zoos play an important role, "as long as humans and wild animals are kept in close proximity in zoos, there is no way to prevent accidents from happening."