IRELAND IS bracing itself for yet more stormy weather with Met Eireann issuing a nationwide weather warning as another unsettled system fast approaches.

According to the national meteorological service forecast, dangerous winds of up to 110km/h are set to hit Ireland this Wednesday, September 19th.

Met Eireann took to Twitter to issue wind warnings for the following regions:

The winds are thought to be part of a front that's already earned the moniker 'Storm Ali' and could prove to be Ireland's first named storm of the season should forecasts prove correct.

"Wednesday will be very windy in all areas with strong to gale force, gusty south to southwest winds, veering west to southwest. They'll be strongest near west and northwest coasts through the morning and strongest in the north and east in the afternoon. They'll gradually ease in the evening."

"Rain during the morning. Scattered showers following in the afternoon. Highest temperatures of 15 to 18 degrees." 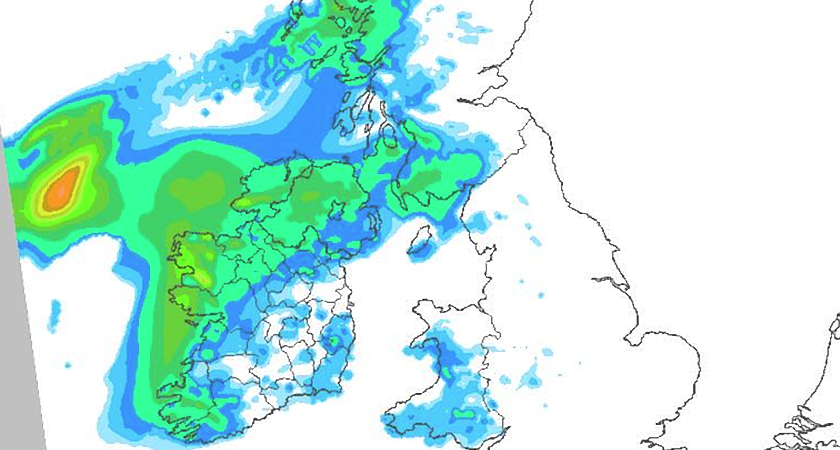 In the meantime, the weather across Ireland is expected to be mostly mild, with some wind and rain expected as the remnants of 'Storm Helene' pass through.

More rain and strong winds are expected throughout the rest of the week with Met Eireann forecasting "very disturbed weather" over the next five days.