THE first live broadcast of court proceedings in Irish history is set to take place at the Supreme Court this morning.

RTÉ television cameras will be allowed to record two judgements for the very first time from around 9.30am on Tuesday, October 24.

The cases will be broadcast on both RTÉ News Now and on the RTÉ website with footage from the courtroom featuring on TV news bulletins throughout the day.

Cameras have previously been allowed in the Supreme Court on a restricted basis, but today will mark the first time any proceedings in an Irish court have been transmitted live.

Jon Williams, Managing Director of RTÉ News & Current Affairs, said: "It's vital that justice is not just done, but is seen to be done.

“So we welcome the Chief Justice's decision to allow RTÉ's cameras into the Supreme Court – and hope it will enable the public to see the way justice is delivered in an even more open and transparent manner than at present.”

The first broadcast, due to be presided over by a five-judge court at around 10am, will feature an appeal by Patrick Lee, 43, of Newtown, Co. Kildare against an order for his extradition to the United States over alleged mortgage fraud. 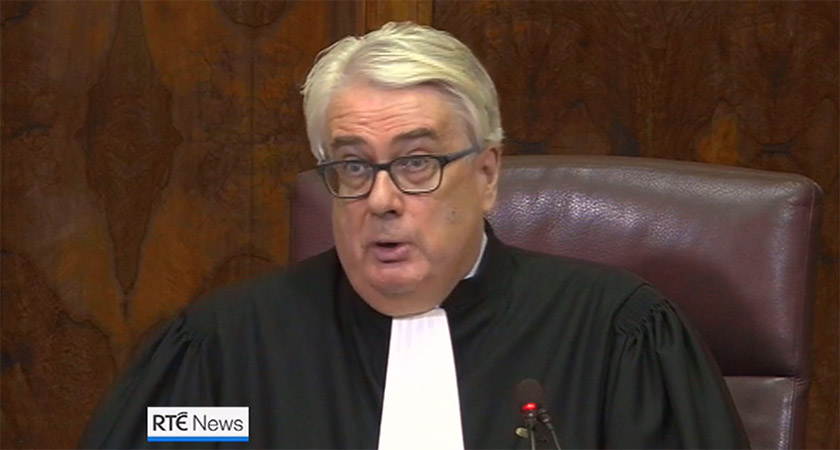 Mr Lee denies that he intentionally defrauded various American banks and mortgage lenders out of loans for properties that were never repaid.

The second judgement, also by a five-judge court, concerns an appeal made by a man over being excluded from the Residential Institutions Redress scheme.

Mr Justice Clarke said the broadcasts were aimed at “demystifying” the legal process in Ireland.

“We wish to allow people see how their highest court operates,” he said.

“This will help explain and create an understanding of the courts.”

The Dublin judge said today’s test period was a “start”, and its success would be reviewed later with a view to expanding coverage in 2018.

This might include televising parties making their arguments in the Supreme Court, he said.

As Supreme Court judgements are handed down and not read, today’s proceedings are not expected to be lengthy.

RTÉ will broadcast the Supreme Court proceedings on RTÉ News Now this morning from 9.30am. Click here to watch live.