IRELAND is set to double the price of cans of beer after a new minimum pricing law passed its third stage last night.

The new Public Health Alcohol Bill will skyrocket the price of cheaper beer should it pass its fourth and fifth stages in the Seanad.

Cheap wine has also been targeted by the proposed legislation – with a mandatory minimum cost of €7.50 for every bottle of wine firmly on the table.

Specially discounted multi-buys – such as Guinness, Carlsberg and Budweiser – have also been earmarked for a price increase by the Bill.

However following strong lobbying from the drinks industry, the Irish Government dropped plans to force shop owners to stop all alcoholic beverages from being displayed.

“On to the next step now! Lots to do including engaging with retailers.

Mr Harris was speaking after he told the Seanad that “harm” to the Irish people will “go down” if the price of cheap alcohol increases.

He added: "We hear that Irish people drink moderately, but the 2017 Healthy Ireland Survey found that nearly four out of 10 of us binge drink regularly. 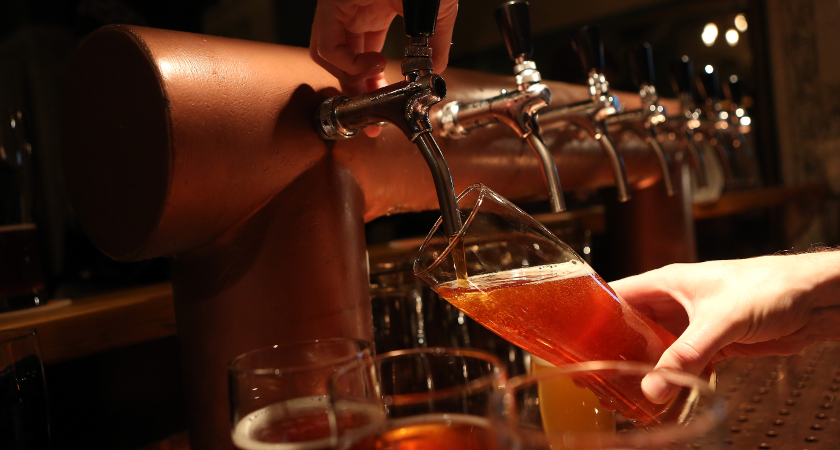 The new legislation hopes reduce alcohol consumption to 9.1 litres per person in Ireland by 2020 (Picture: iStock)

“The more we drink, the higher our risk of developing life-changing illnesses such as alcoholic liver diseases or alcohol related cancers. We can no longer ignore the evidence or the risks."

Luckily for pub-goers, the “price of a pint” in bars will not increase under the new regime.

Nevertheless, some senators opposed to the Bill have claimed that a new minimum price of alcohol will turn shoppers in Ireland away.

They have also warned that the new legislation could disproportionally affect smaller shopkeepers.

In a statement, Patricia Callan of the Alcohol Beverage Federation of Ireland said: "The drinks industry fully supports measures to target alcohol misuse and underage drinking, but it is critically important that these measures are targeted and based on evidence.

"There is a need for a balanced approach. We are concerned to see the Government trying to push through legislation that contains measures that won't work and will do very real damage to businesses."

She added: "While Minister Harris belatedly said he will engage with small shops on the impact of the Alcohol Bill on their business, he has not said that he will meet with drinks manufacturers, including the small brewers and distillers that will be impacted."

Under the Public Health Alcohol Bill 2017, the cheapest can of beer will cost at least €2 – while cheap wine will be set at a minimum cost of €7.50.

Bottles of beer will carry a minimum pricing of roughly €1.30, while 750ml bottles of spirits are expected to cost at least €24.

The main aim of the proposed legislation is to reduce alcohol consumption in Ireland from its current rate of 10.9 litres per person a year to 9.1 by 2020.

The Bill is expected to enter its fourth stage in the Seanad in the coming weeks, but the drinks industry has vowed to fight on.