'Ireland wore 1916 commemorative shirts so why not the poppy for us?' British MP blasts FIFA's football shirt poppy ban ruling as double standards

A BRITISH politician has accused FIFA of showing leniency towards the Republic of Ireland after a request from the English and Scottish Football Associations  to wear poppies on their shirts was turned down by football's governing body.

Damian Collins MP, chairman of the Commons' Culture, Media and Sport select committee, has written to FIFA asking them to reconsider their decision to deny the poppy request, which FIFA considers a ‘political’ statement, thereby violating their rules.

FIFA’s law 4, paragraph 4 states: 'Equipment must not have any political, religious or personal slogans, statements or images.'

However, Republic of Ireland players wore a 1916 commemorative symbol against Switzerland and Slovakia in friendly matches in March.

Collins insists he has no issue with the wearing of a 1916 emblem on Ireland shirts, but believes FIFA are guilty of double standards having refused permission for England and Scotland to wear a poppy on their shirts when the sides meet on November 11. 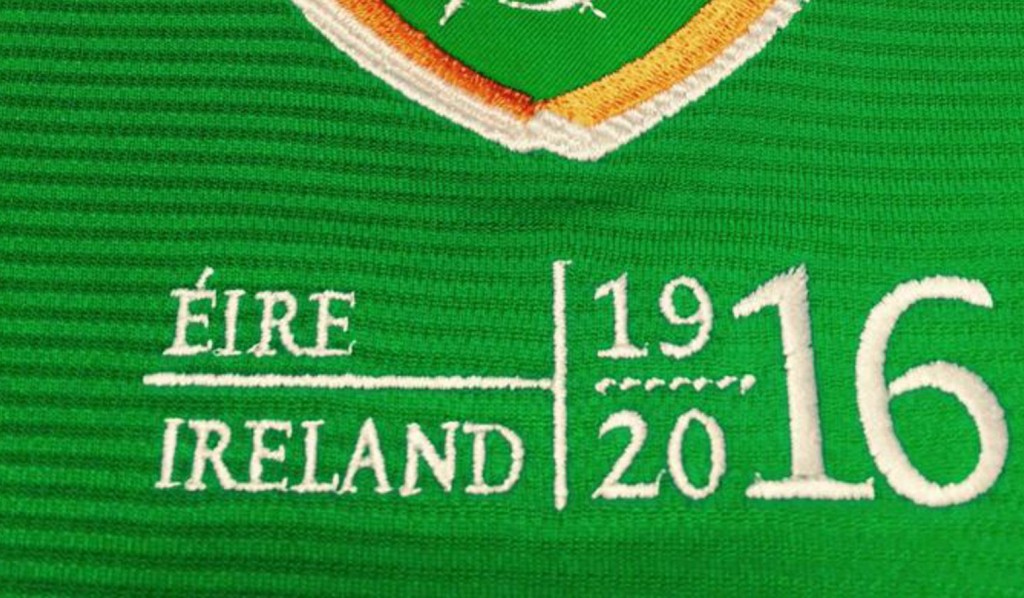 Ireland's temporary shirt for Easter's international friendlies [Picture: @UmbroIreland via Twitter]
“I wrote to FIFA earlier in the week about the poppy ruling and I followed that up with a further question, citing the friendly matches that the Republic of Ireland played as an example,” he told The Irish Post.

“I just wanted to ask why that was allowed but they want to enforce a stiffer ruling against the wearing of a poppy.

“If it’s a point of principle for FIFA, then the principle should apply universally.

“I don’t have any issue at all with the Ireland players wearing commemorations for the Easter Rising, I just think the ruling against the poppy is wrong and inappropriate of FIFA.”

To date, FIFA are standing firm on their decision, which was made by secretary Fatma Samoura, but the English and Scottish FAs have released separate statements vowing to defy the ruling by wearing black armbands bearing the poppy symbol. 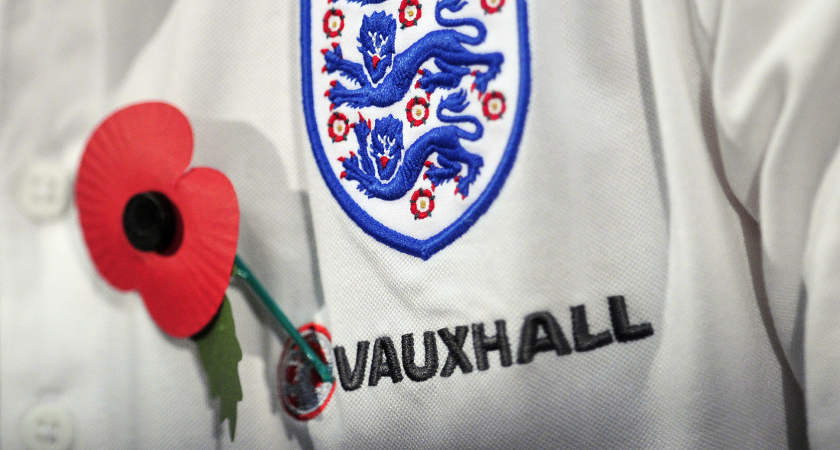 England and Scotland want to wear a poppy on their shirts when they play each other next week [Picture: Getty]
If they proceed with those plans, they will leave themselves open to punishment by the sport’s world governing body, but Collins believes they should not have been put in such a position.

“I don’t think the poppy can be regarded as a political symbol,” he said. “Most people have a pretty good idea what political symbols are, they tend to be of a partisan nature, but in this case the poppy is universally worn, and has been for many years.

“It’s not linked to any particular event, but to commemorate losses in wars since the First World War, and is recognised by people around the world.

“If it was a case of England playing against a team that was against the wearing of the poppy, then that might be a matter for FIFA to intervene on, but in this case England are playing Scotland and both nations want to wear it.

“So I can’t see what grounds there are for an objection there may be in this case.”

Comment: FIFA ban ignites the poppy debate but no one should be forced to wear one or be ridiculed for defying expectation