IRELAND has joined a number of other European countries in condemning a recent anti-LGBT bill which passed through Hungarian parliament this month.

At an EU General Affairs Council meeting on Tuesday, Ireland - together with 13 other nations - publicly denounced the bill, which restricts children and teenagers' access to LGBT information.

The Council said the legislation discriminates against LGBT people and violates the right to freedom of expression, and urged the European Commission to take action against Hungary, courtesy of Article Seven of the Treaty on European Union, a procedure that allows the EU to suspend particular rights from a member state.

Hungary's new bill, which passed through parliament last week, bans the sharing of content which "promotes" being gay to children and teenagers.

It says that "in order to ensure the protection of children's rights, pornography and content that depicts sexuality for its own purposes or that promotes deviation from gender identity, gender reassignment and homosexuality shall not be made available to persons under the age of 18." 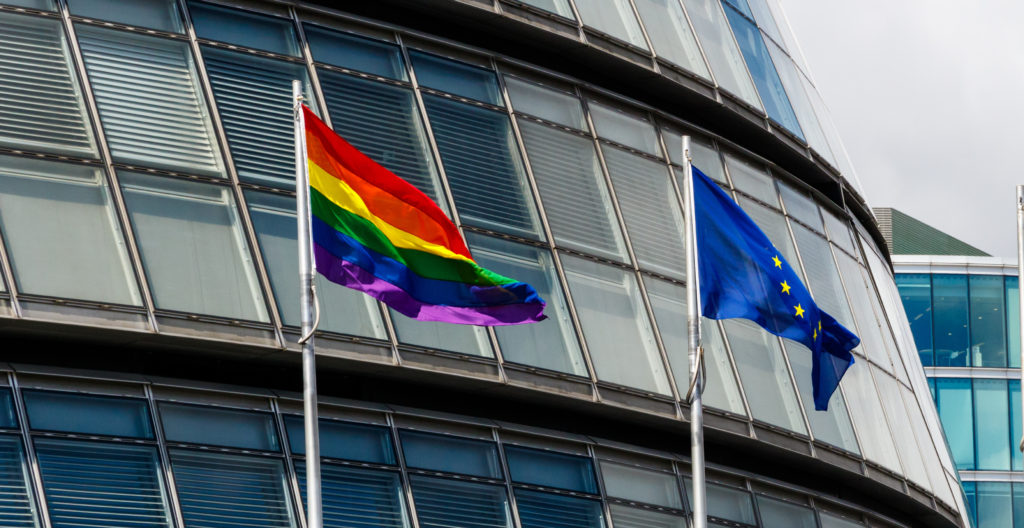 "It is wrong what is happening there [in Hungary], and it has to stop," Byrne stressed.

"There are so many other issues there as well that we're discussing under Article Seven, particularly around media freedom, all sorts of other issues as well.

"It is a very very dangerous moment, I think for Hungary and the union as well," he added.

Minister for Foreign Affairs Simon Coveney said that he is "very concerned about this recent change to Hungary's laws".

"This declaration expresses grave concern at Hungary's use of child protection as a pretext for introducing measures that violate freedom of expression and other rights as enshrined in the Charter of Fundamental Rights of the European Union and unjustifiably target the LGBTQI+ community," Coveney told The Journal.

"I would strongly urge Hungary to reconsider this new law and cease this discrimination against LGBTQI+ people."