Ireland must focus on long-term threat of global warming

Global warming? Climate change? Those who doubt there is such a thing should come to Ireland. If they still doubt it after a visit here then maybe they believe the earth is flat as well.

The UN’s Intergovernmental Panel on Climate Change has now declared itself 95 per cent certain that human activity is responsible for the warming of our planet.

The fact that our planet is warming is now only denied by powerful energy companies, American neo-cons who want to drill for oil everywhere, and Michael O’Leary, who also insists that air travel is not a pollutant.

So we can either believe a report that the UN secretary general has described as ‘using the world’s best science to address the world’s biggest challenge’ or Michael O’Leary.

Michael O’Leary recently said of Ryanair that “the Birmingham Six got more justice than we’re getting off the UK Competition Commission”. One who is plainly crass or, if I can drag myself down to O’Leary’s level, one who is simply stupid.

O’Leary aside, though, the evidence for a change in our weather patterns is very obvious here in Ireland.

It only takes a look out the window to see that. Of course, we’re obsessed with the weather on this small island but that is as much to do with being a rural, agriculturally based society for so long as it is with having an island climate where the weather is constantly on the move.

So take for instance that staple of the Irish weather, summer or winter — the rain. Just the other day the rain was of such a kind that people passed comment. This was our own rain, that soft Irish rain that we have all been used to on this rock in the Atlantic for as long as we can remember. 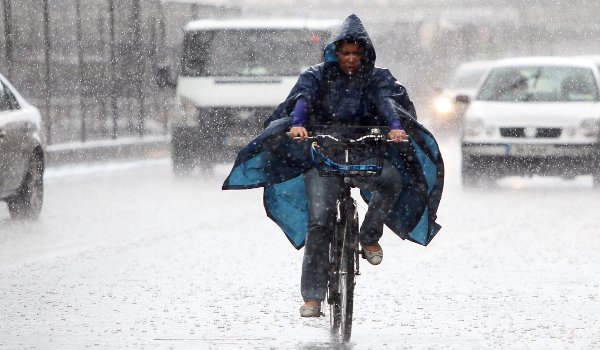 The kind of rain that looks like nothing but a bit of misty drizzle yet has you soaked in minutes. Wet through. The reason why it was commented upon though is that we had been getting instead, for quite a while now, rain of a different kind. A monsoon rain that came down fiercely and thunderously, as if the heavens were emptying. A destructive downpour rather than the slow pouring we had been used to.

It might sound a bit daft, differentiating between kinds of rain, but anyone here would notice it. The weather, quite simply has changed.

The scorching summer, just gone, those frozen winters of a few years ago. None of them stand out on their own, much like a different kind of rain they don’t swing the case, but when you put them all together and when you listen to the opinion of 99 per cent of the world’s scientists and their 95 per cent certainty, it is clear that we are going to move into a period of great uncertainty with regards to our climate.

How Irish society responds to this is anyone’s guess. To hope that our politicians might offer leadership would seem a fairly forlorn hope.

Five years after the crash they are still vainly hoping that the Tiger might return and we can all go back to being consumers and get over our brief episode as citizens.

The disaster of the Greens in government with Fianna Fáil has also meant that the environmental message is now absent from the political table. For all of their faults, for all of their failures in government, the absence of the Greens means that there is no one now willing to bring environmental concerns to the fore. How costly that is going to be we can only guess at.

It is still going to be a long time before environmental issues find their way to the forefront of our social minds. That is just the way things are. It is hard to worry about the state of the planet when you’re worried about getting a job or the kid’s only future being one of emigration.

We might be able to say we were listening to Michael O’Leary instead but are our children going to thank us for that?