IRISH CRICKET experienced one of its most memorable days by toppling England in Southampton on Tuesday.

Ireland won by seven wickets with just one ball to spare to secure the most unlikely of victories.

It was the third and final one-day international (ODI) between the two nations, with England securing comfortable wins in the first two matches.

Yesterday, however, was different.

Paul Stirling and captain Andrew Balbirnie both grabbed centuries, with the duo scoring 255 runs between them. 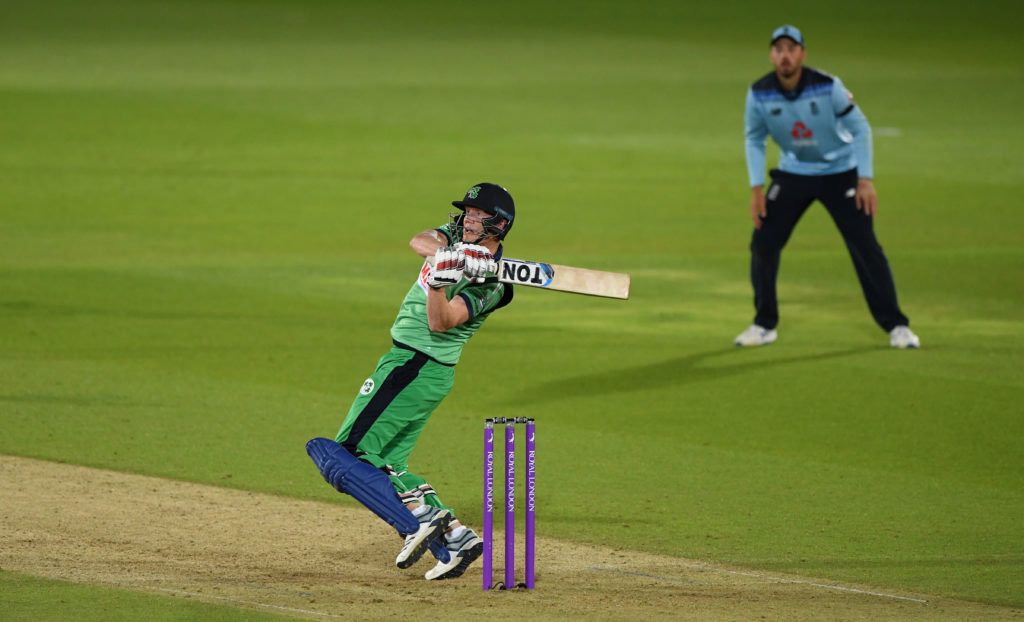 SOUTHAMPTON, ENGLAND - AUGUST 04: Kevin O'Brien of Ireland hits the winning runs during the Third One Day International between England and Ireland in the Royal London Series at Ageas Bowl on August 04, 2020 in Southampton, England. (Photo by Stu Forster/Getty Images for ECB)

Ireland were chasing a target of 329 - a difficult task even against a side who hadn't been crowned world champions a year ago - and were over two-thirds of the way there before they even lost two wickets.

Stirling and Balbirnie fell in quick succession soon after though, and it looked as if Ireland's momentum might waver.

But Kevin O'Brien - whose fabulous hundred paved the way for Ireland's incredible win over the English during the 2011 World Cup - dragged Ireland over the line with a single ball remaining. 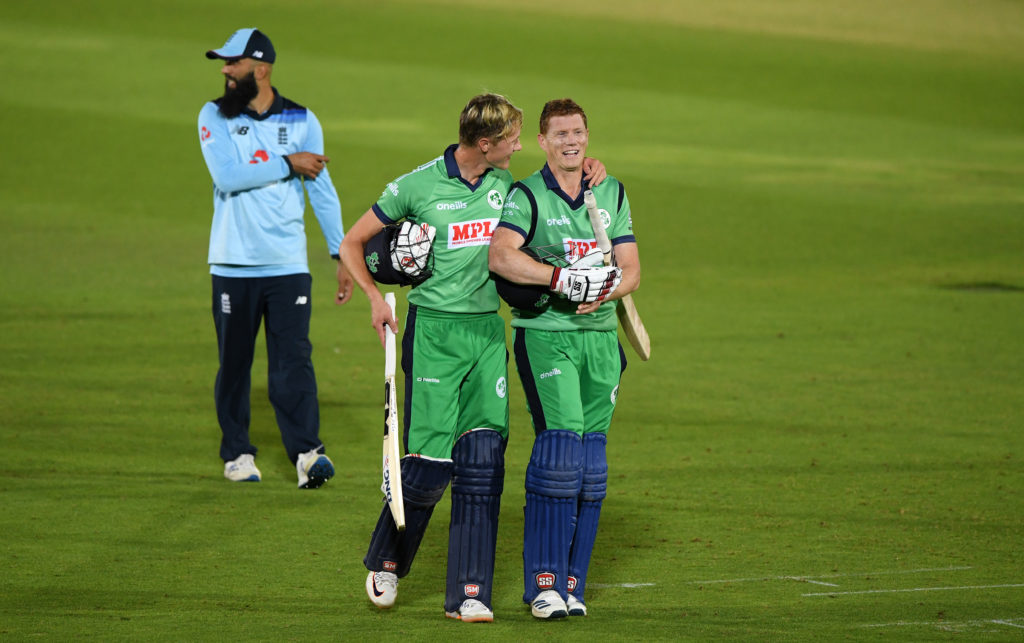 SOUTHAMPTON, ENGLAND - AUGUST 04: Harry Tector and Kevin O'Brien of Ireland walk off after victory in the Third One Day International between England and Ireland in the Royal London Series at Ageas Bowl on August 04, 2020 in Southampton, England. (Photo by Stu Forster/Getty Images for ECB)

In their previous fixtures, Ireland had only managed to score 172 and 212, making the feat of reaching 329 all the more impressive.

Not even a century from Ireland-born England captain Eoin Morgan could stop Balbirnie and his men from running out victors.