“We stop the Press with very great regret to announce that the potato murrain [blight] has unequivocally declared itself in Ireland.”

A significant announcement in Irish history, the date is considered the precursor to An Gorta Mor or the “Great Hunger.”

Over the next five years, over two million people died in Ireland from starvation.

That figure represented the equivalent of a quarter of country’s population. 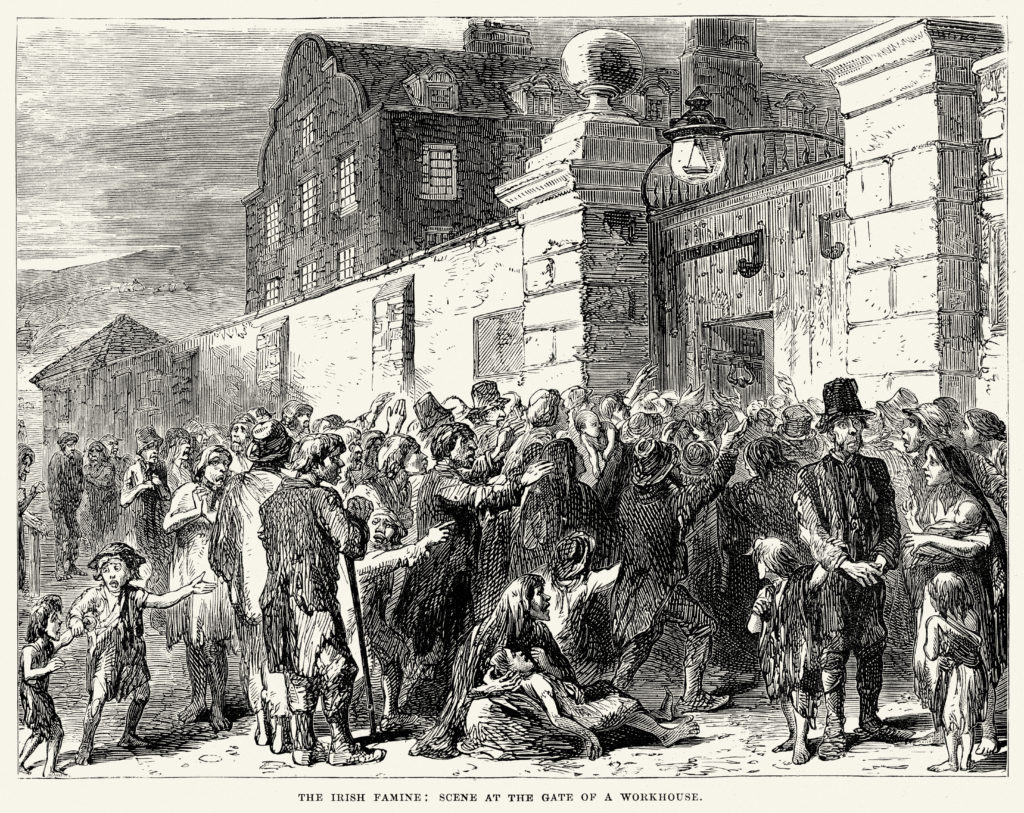 2020 was supposed to be the year marking the 175th anniversary of the Great Hunger.

Unfortunately, many Irish and Irish American communities have found themselves fighting against another blight, COVID-19, nearly two centuries on.

In a bid to ensure the date did not go unrecognised, the Ancient Order of Hibernians produced a special video commemorating the 175th Anniversary of the Great Hunger.

“The Hibernians are reminded of the sacrifices of the first responders of that time at Grosse Ile, Canada, the destination of so many “coffin ships,’” a statement accompanying the video tribute said.

“These brave men and women of Gross Ile cared for Irish immigrants who, malnourished and living for weeks in unspeakable conditions on ships never meant to carry human passengers, had fallen victim to diseases such as typhus.

“Forty-four of the staff of Grosse Ile would die of illness including 22 nurses and four doctors who bravely treated the infected at great risk to themselves: sadly paralleling today’s headlines.”

“The prolonged Covid lockdown has had a devastating impact on Irish American businesses, many of whom were struggling to survive before the pandemic,” the Ancient Order of Hibernians continued.

“Yet, it was John F. Kennedy, the grandson of famine era immigrants, who once noted, “The Chinese use two brush strokes to write the word ‘crisis’. One brush stroke stands for danger; the other for opportunity. In a crisis, be aware of the danger–but recognise the opportunity.”

The Irish-American Catholic group finished the statement by offering an inspiring message of hope for the future.

“From the devastation of the Great Hunger arose modern Ireland and Irish America, and that is it’s the great lesson, a lesson too often absent from our school’s curriculum,” they said.

“In the often tragic history of the Irish, there is one indisputable fact: that from the many, many tragedies of Irish history, the Irish have come back stronger than ever, and there is no reason to believe that with our dedication and resolve, this one shall be any different.”