A BABY who was born on a rescue helicopter has celebrated his first birthday with the very crew who helped deliver him.

Torran MacDonald arrived two weeks early as his mother Alicia went into labour unexpectedly while helping to officiate a friend's wedding on the Isles of Scilly, a year ago.

As there were no midwives on the island, the local coastguard sent a helicopter to pick one up from nearby Treliske before flying out to the archipelago off the Cornish coast.

Baby Torran was born mid-flight, while 1,400 feet above Penzance with help from the midwife on board as well as the helicopter crew. 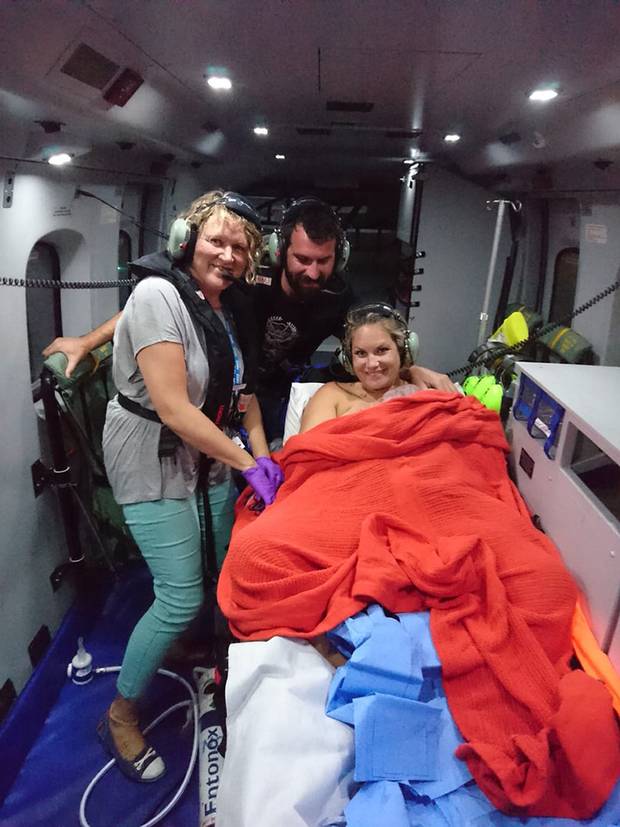 He arrived around halfway through the 25-minute helicopter ride back to the mainland shortly before 9pm.

Alicia, and her husband Sandy decided to honour those who helped deliver their baby by bringing Torran and his big sister Ferne to Newquay, where the helicopter crew's base is, for a little reunion.

Mrs MacDonald said: “Torran obviously didn’t want to wait and he made his entrance to the world onboard the helicopter. We were safe and well and everyone was absolutely amazing but it was all a bit of a rush.

“So we wanted to mark Torran’s first birthday in a memorable way and what better than to visit the base and say a proper thanks to the fantastic Coastguard teams, midwife Linda and everyone involved. They’ll always be an important part of our family.”

The family, along with a helicopter-top wearing Torran, were joined by Paul Forbes, Andy Batchelor and pilot Yogi Brunner to celebrate Torran's special day. 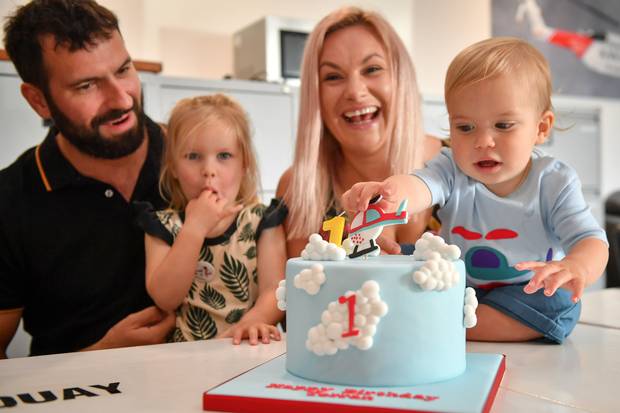 He said: “This really was a rescue of the very best kind and we were delighted to help welcome Torran. It definitely gave all our helicopter teams and everyone at HM Coastguard a big lift!

“We’ve kept in touch with Alicia and Sandy and we’re absolutely delighted they wanted to come back and see us all. While we don’t expect to get thanked for our 24/7 coastal search and rescue work, it’s really lovely when we do.”