AN IRISH blogger had her phone stolen yesterday as she shared her daily “coffee-scope” outing live with thousands of followers.

Rebecca Casserly, known to her followers as BecBoop, was live streaming her coffee commute yesterday near Highbury and Islington tube station at around 8am.

The route is one that Casserly has taken hundreds of times over the last year and a half as part of her “coffee-scope” livestream.

Her ‘fashion, beauty, travel and lifestyle’ blog has amassed tens of thousands of followers, over 3,000 of whom were tuned in on the video streaming app Periscope yesterday as she was mugged.

Viewers watched helplessly as a man on a bicycle rode up and snatched Casserly’s phone in broad daylight.

“My mobile phone was snatched violently from my hand by a thug on a bicycle,” Casserly wrote on her blog.

“My Periscope broadcast was still live as he put my phone into his pocket and cycled off into the distance. I cannot imagine how frightening this must have been for my live viewers, including my mother. 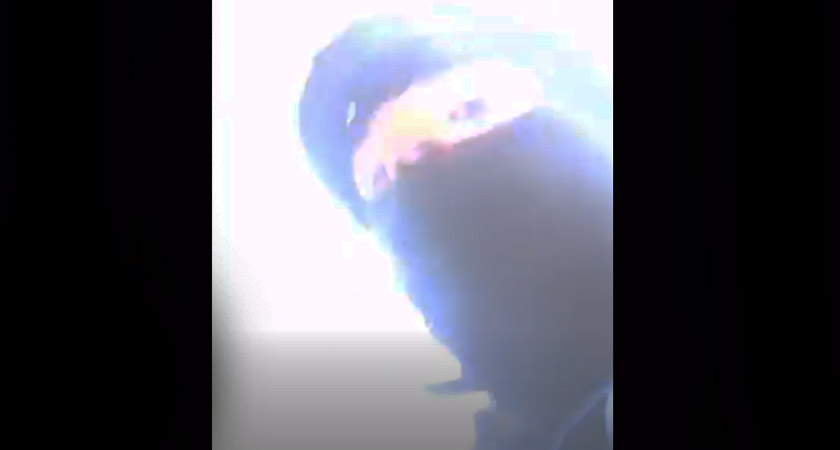 The mugger was visible for a second at the end of the livesteam [Source: Periscope/BoopFashionista]
They heard my frightened scream and then the screen went black. Until the thug took the phone out of his pocket and turned it off. I have watched the Periscope replay over and over and it scares me so much."

The mugger’s half-hidden face can be seen at the end of the broadcast as he switches the phone off.

Casserly said that she had shared the images with local police.

“I have heard even worse horror stories about crimes of this nature so I feel very lucky that I was not injured,” she said.

“I was and still am, in shock. I am out of pocket due to having to buy a new phone. It could however have been a lot worse.”