AN IRISH company has claimed their productivity is up a whopping 27% after implementing a four-day working week.

Speaking with Today FM, Breann McGarry, HR manager for a recruitment and training company based in Galway, spoke of how her company, ICE Group, adopted the approach back last summer, and it appears to have worked wonders.

She explained that despite a few "bumps in the road", employees have responded extremely positively to the change, and the company is reaping the rewards.

"We introduced a four day working week on July 1, 2019, she told Today FM's Dermot and Dave.

"Office opening hours are exactly the same. Customer experience is the same, perhaps even better one could argue."

"However all our working hours and working plans within our business units have changed to operate on a four day week schedule. 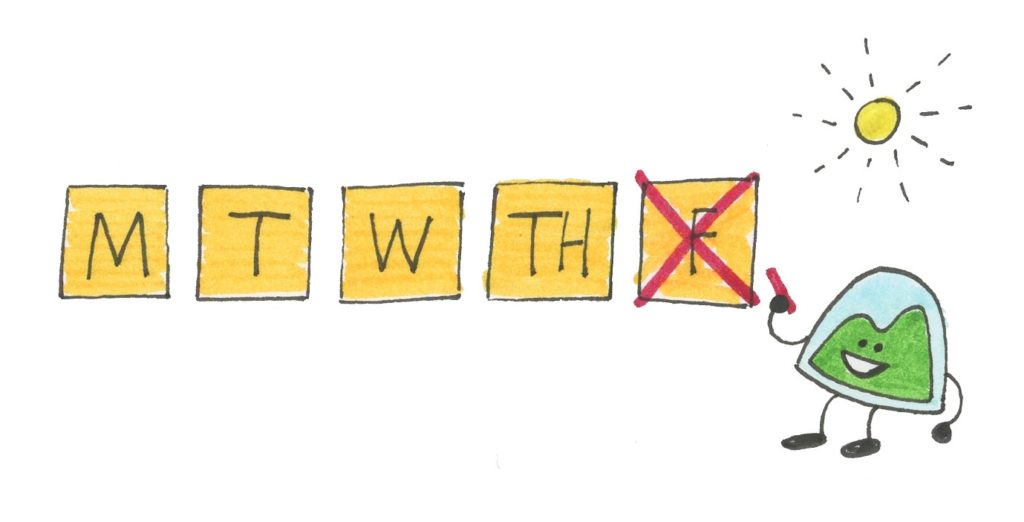 "To make it work we had to put our heads together. Because it's a four day week we're very unified," she added.

"It's great expossure for us as well because you learn more about your colleagues and what they do.

"Our productivity was up at a rate of 27%. We haven't got it all figured out, but the experience as a whole was very very good.

"There were some bumps in the roads but we haven't seen any major catastrophic action. There's been a lot of planning, [so] the implementation was quite seamless in the end."

When asked about the potential problems a four-day-week might cause, Ms McGarry said that organising themselves in order to fully cover the fifth day of the week was something of a challenge, though it's one she seems confident can be overcome.

"It can be challenging," she added. "The customer must receive the same experience regardless of whether or not we're on leave.

"We're trying to get a culture where we're working so efficiently during our four day week that we're covering that fifth day."

She was then queried as to whether cramming more work into four days was causing undue stress.

"Overall I think we are much happier. The survey results have stated it," McGarry said.

"People did say they really are much happier.

"It's a work in progress, it's not perfect. We're so used to a five day week mentality, so there are still skills we need to work on and hone in terms of focusing our energy and efficiency, but we're getting there."