Denis Walsh Jr was reported missing in March 1996. His body washed up on Inis Mór weeks later, but was not identified until this week. (Garda Press Office)

AN IRISH couple are facing unimaginable heartbreak after they learned their son who disappeared 25 years ago was found just weeks after his disappearance.

Denis Walsh was 23 years old when he vanished in March 1996 after walking out of his home in Caherdavin, County Limerick.

For the 25 years since, his parents, Mary and Denis Senior, have made multiple appeals for information about their son and have never given up hope in finding him, even travelling abroad after being tipped off to possible sightings.

But in a heart wrenching twist, Mr and Mrs Walsh were visited by Gardaí over the weekend where they were told their son, Denis, had tragically been found dead years ago.

Improvements in DNA testing had allowed Gardaí to confirm that a body which had washed up near Inis Mór a week after Denis disappeared was, in fact, their son. 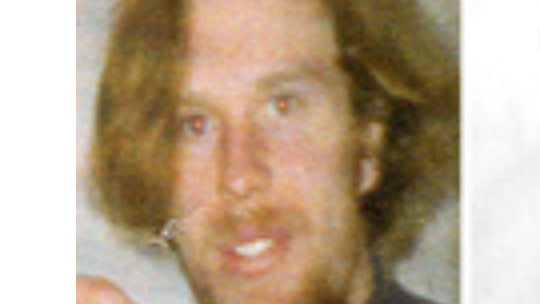 Denis Walsh Jr was reported missing in March 1996. His body washed up on Inis Mór weeks later, but was not identified until this week. (Garda Press Office)

The remains which had been found off the Aran Islands had been brought to the Mortuary in University Hospital Galway, and had undergone DNA testing in 2008, 2011 and 2017 but yielded no matches in the Garda database.

But on 5 February, following further advances in DNA testing, the body was confirmed to be that of Denis Walsh Jr after his parents both provided DNA samples to work with.

His parents are shocked and heartbroken-- but also happy their son has been found and identified and they finally have some closure.

They told The Irish Mirror that their son was remembered at his local church over the weekend and they are looking forward to finally bringing him home so that they can lay him to rest properly.

His father, Denis Walsh Sr, told the outlet "We’re bewildered by the whole thing; we have suffered enormously for the past 25 years and I haven’t slept over the past three nights."

He said the family still do not know where Denis' remains are being kept, and questioned how his body was not identified using dental records when his remains were found just week after he was reported missing.

"We have been going around for 25 years looking for Denis," Mr Walsh continued.

"I’m happy Denis has been found."