AN IRISHMAN in Britain will swim the English Channel to fundraise for the official recognition of Irish Sign Language in Ireland.

Wesley Nolan, originally from Dublin but now living in London, will toughen out all conditions to battle his way to France from Dover in August this year.

The swim, which can take anywhere from seven to 27 hours across 21 miles at its narrowest point, will fundraise for the Irish Deaf Society, who have been lobbying and continue to lobby for the recognition of Irish Sign Language in Ireland for 30 years.

Wesley, who has been in Britain for a number of years after studying at the University of Wolverhampton, says the recognition of ISL would be life changing. 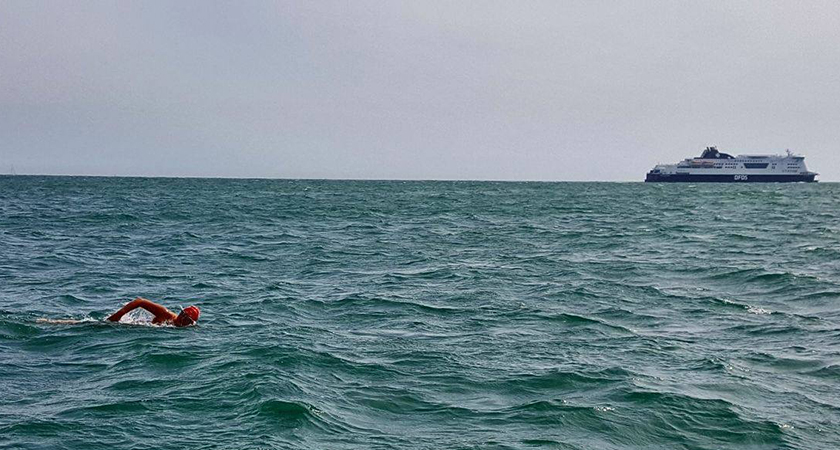 A former Deaf Olympic swimmer, Wesley Nolan will take to the waters this August to swim to Cap Gris Nez in France.

"For example, I work for Leonard Cheshire Disability, which is a disability charity, as a senior employment advisor.

"I work with three hearing colleagues, and I have interpreters with me everyday to help communication and make phone calls, for example, to employers to get people jobs and everything is accessible for me; talking to my line manager, doing appraisals, there's a lot of communication involved.

I've had to commit to a lot of training, but it's also about training for the mental side of it as well, it's like a form of torture.

"If I was in Ireland, I would never have been able to achieve promotion and do what I'm doing now. I've got the skills but there's a communication barrier.

"There's a gap in Ireland," Wesley says, "The things we take for granted in Britain like GP appointments, hospital appointments, life in general would be so much better if ISL was recognised."

The keen swimmer, who has previously played Water Polo for Ireland at the Deaf Olympics in Taipei in 2009, has trained for two years with mentally and physically tough training sessions at Dover Sands.

"I've had to commit to a lot of training, but it's also about training for the mental side of it as well, it's like a form of torture.

"There's a lot of people from all over the country that go to Dover beach to train, and when you turn up they'll tell you, right, you're doing five hours today, get on with it! 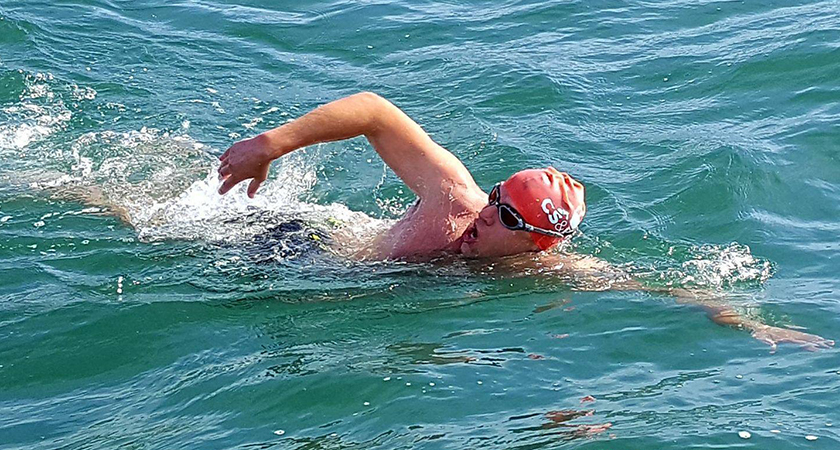 Training for hours can be tough both mentally and physically, but Wesley says this helps prepare for the real thing.

Having the experience now of living in Britain with British Sign Language being recognised, I want deaf people in Ireland to have the same quality and opportunity that I got by coming to Britain

"It's very tough and it's even tough doing these five hour stints but the training at Dover sands tests your limits and it doesn't matter the condition the sea is, you have to do it.

"It can mess your mind up but when you get to the real thing, it'll ensure you're able for it," he says.

Although Wesley will be doing a solo swim, he will be accompanied by a boat to pilot him to Cap Griz Nez in France and to ensure his safety, as well as an Observer to make sure he completes the swim within the rules.

"You also can't wear a wetsuit, you just have your goggles, your cap and your trunks and a bit of vaseline and away you go."

While the swim may be daunting to some, Wesley Nolan will swim the channel to ensure that deaf people in Ireland have the same opportunities as the deaf people in Britain.

"I grew up in Ireland, and I went to university in Wolverhampton, where they had interpreters for education.

"I probably wouldn't have got my degree without it so having the experience now of living in Britain with British Sign Language being recognised, I want deaf people in Ireland to have the same quality and opportunity that I got by coming to Britain.

"That leads to better lives and better employment prospects for deaf Irish people.

"My target is to raise €10,000 for the IDS for the campaign, and I honestly believe it's a worthwhile cause."

Wesley Nolan will swim the English Channel for Irish Sign Language. You can donate here.