SOME OF Ireland's biggest Eurovision stars have come together to raise money for essential PPE gear for the country's frontline workers fighting against the coronavirus pandemic.

While the annual Eurovision song contest was cancelled this year thanks to the virus which has swept across Europe and the world, the show must go on-- and some of the most famous names from Ireland's previous entries are taking matters into their own hands.

Dana, Phil Coulter and Mickey Joe Harte are among the famous faces contributing to this Saturday's online fundraiser, which will reveal previously unseen footage and new collaborations from some of the country's most iconic performers.

Originally created by Eurovision expert Mick Lynch, author of What's Another Year: Ireland's First Five Decades at Eurovision, the hour-long broadcast seeks to raise as much money as possible for Ireland's frontline workers.

Mr Lynch spoke to RTÉ News about his idea for the fundraiser, saying:

"With no official Eurovision Song Contest taking place this year, and with Ireland having the greatest success in Eurovision history, while still in lockdown I decided to ask some of Ireland’s Eurovision singers and songwriters to contribute to a fundraising event to raise money for Personal Protective Equipment (PPE) for our frontline workers." 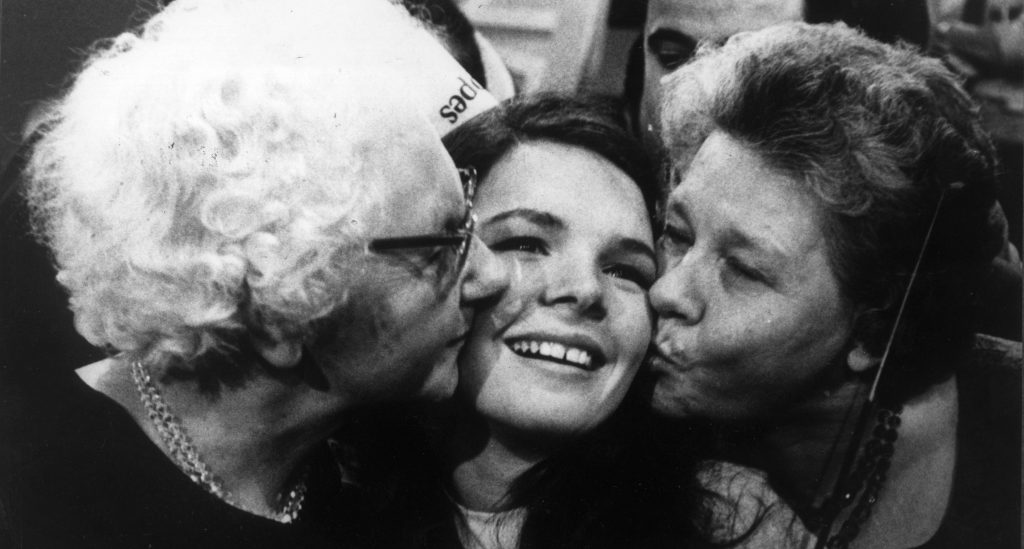 Winner of the 1970 EUrovision song contest, Dana (Dana Rosemary Scallon), is among the famous faces coming together to raise the essential funds (Photo by Keystone/Getty Images)

Ireland has won the annual Eurovision song contest seven times in close succession, with one presenter joking in 1994-- the same year the iconic Riverdance was broadcast across Europe during the show-- that it was almost becoming an annual Dublin event.

"Ireland's frontline staff are the real heroes during these turbulent times," Mr Lynch writes on the GoFundMe page.

The broadcast will go live on Youtube this Saturday at 8pm, and anyone wishing to donate to the fantastic cause can do so via the fundraising page here.