John Brown, 63, was cleared of five counts of historical sexual abuse against two schoolgirls at Harrow Crown Court in July 2014.

His proposed legal action has now been backed by celebrities who have also been cleared of sexual abuse allegations, including Louis Walsh, Sir Cliff Richard and Paul Gambaccini.

The cases being considered by Mr Brown and his sister, Dana Rosemary Scallon, arise out of libellous commentary made prior to, during and after Mr Brown’s Harrow Crown Court case three years ago.

During the case, prosecution lawyers claimed that Mr Brown had conspired with his sister to cover up years of abuse.

Ms Scallon, a London-born Irish MEP and two-time candidate in Ireland’s Presidential elections, was branded a liar who produced a “slick presentation” in court.

During the trial, the defence likened the case against Mr Brown to “an episode of Father Ted".

Describing the ordeal as "a horrendous experience" for his family, Mr Brown said: "In effect, both Dana and I were put on trial.”

Ms Scallon added: "World-wide damage to your reputation, integrity and good name can never be undone. 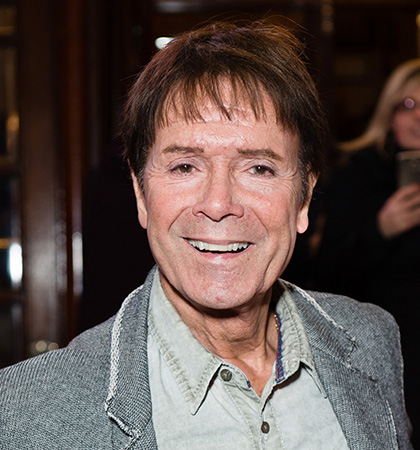 "The suffering caused by intrusive and lurid coverage is an appalling invasion of privacy.”

X Factor judge and Mayo native Walsh, who was subjected to false allegations by a national newspaper in 2011, said: “I have known Dana and John for many years.

"I fully understand the terrible time they went though.”

Sir Cliff Richard, who was falsely accused in 2014 of historic sex abuse said: "I would like to join the growing band of those people who like me have been put through the most agonising emotional trauma and I pray that together we, with Dana and John, will eradicate that destructive act known as ‘a false accusation'.

"I wish John and Dana success in their battle."

Gambaccini, who was falsely accused in 2013, added his support, saying: “No man can acquiesce in his attempted annihilation.

"I fully support John Brown and Dana and urge them to see their legal action through to their conclusion."

Solicitor for the siblings, Kevin Winters of KRW Law, a human rights legal firm, said: "We are considering that a formal complaint be made with police in London to commence a criminal investigation against a leading Irish daily newspaper and a number of individuals for perverting the course of justice and the crime of perjury."

Mr Winters added: "We are also taking into consideration that civil proceedings be lodged in the Dublin and Belfast High Courts against a number of individuals and media outlets and also against the Metropolitan Police in London.

"We are furthermore considering the Crown Prosecution Service in respect of its advisory and prosecuting functions.

“We are hopeful that given the extreme seriousness of the issues involved that there may be a resolution to the damage caused, but failing that, cases that are taken will be expedited as quickly as possible."