IRISH Royal Marine Ciarán Maxwell 'made 14 pipe bombs' while plotting potential terrorist attacks against the Territorial Army and a loyalist group, a court has heard.

Four of the pipe bombs "were deployed in Northern Ireland".

A court was told of the plans by Maxwell, 31, of Exminster, Devon and formally of Larne, Co. Antrim, on the first day of a three-day sentencing hearing at the Old Bailey earlier today.

Maxwell, who was based with 40 Commando in Taunton, Somerset, was first arrested in August 2016 as part of a pre-planned intelligence-led operation.

A search near Exeter found hides with a range of explosive substances, as well as ammunition, weapons and tools for making bombs.

The ex-marine had previously admitted that between January 1, 2011 and August 24, 2016, he intended to assist another to commit acts of terrorism.

The charge details revealed that Maxwell had compiled a comprehensive library of information, including details on constructing explosive devices and tactics used by terrorists, as well as maps, plans and a list of potential targets for a terrorist attack.

He had also obtained chemicals and other components used in the manufacture of explosive devices, as well as an image of an adapted PSNI pass card and items of PSNI uniform.

While the exact details were redacted by the court, the targets included a Territorial Army centre and substations, and there was also reference to a loyalist group and the need to notify news agencies. 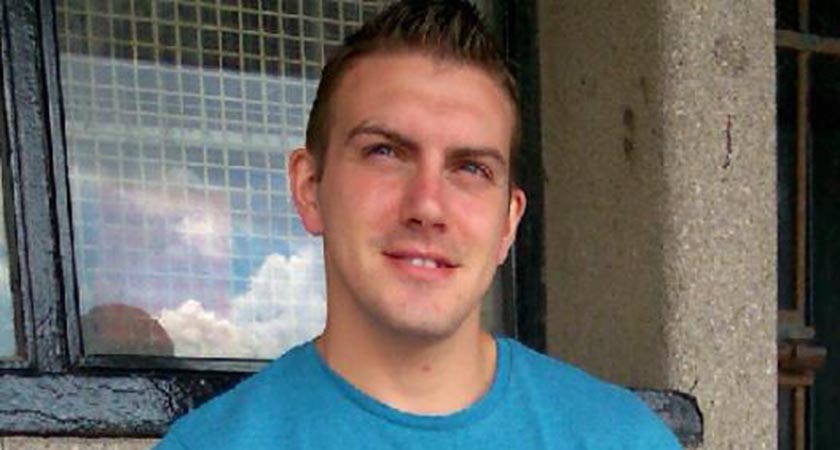 The court heard how Maxwell had plotted potential acts of terrorism against the Territorial Army and a loyalist group (Picture: Facebook)

In one of his hides, Maxwell placed a torch modified to be a booby-trap which, when armed, would explode if turned on.

This morning, prosecutor Richard Whittam QC told the court: "Across 14 of the locations involved in the investigation, Mr Maxwell had in his possession, or had constructed, 14 pipe bombs [...] Four have been deployed in Northern Ireland."

The court heard dissident republicans have carried out more than 160 terrorist attacks since 2010, involving tactics including the deployment of improvised explosive devices (IEDs) such as pipe bombs.

Mr Whittam said: "Whilst attacks are mainly directed at members of the police, military and prison service, the nature of the attacks leaves members of the public at risk.

According to the charge details, Maxwell had a stash of explosives in purpose-built hides in England and Northern Ireland.

Last March, police said bomb-making parts had been found in barrels hidden in a wooded area in Carnfunnock County Park in County Antrim.

Police described it as one of the most significant arms finds in recent years, and of particular concern to security chiefs was the discovery of military grade anti-personnel mines.

Pipe bombs and parts for making explosive devices also made up part of the haul, the serial numbers of which revealed they had been taken from the Royal Marines base in Somerset where Maxwell was based.

Court papers revealed that 12 hides were discovered in total.

Between January 1 2011 and August 24 2016, with the intention of assisting another to commit acts of terrorism, engaged in conduct in preparation for giving effect to this intention, namely:

– Research resulting in the creation of a library of documents providing information of a kind likely to be useful to a person committing or preparing an act of terrorism specifically information regarding the manufacture of explosive substances, the construction of explosive devices and tactics used by terrorist organisations.

– Purchasing or otherwise obtaining articles for a purpose connected with the commission, preparation or instigation of an act of terrorism. Specifically chemicals and components to be use in the manufacture of explosive substances, the construction of explosive devices; an image of an adapted PSNI pass card; items of PSNI uniform.

On August 24 2016 had in his possession a quantity of a controlled drug, namely cannabis, with intent to supply it to another.

Between November 1 2015 and August 24 2016 had in his possession articles, namely images of bank cards and associated CVC numbers, for use in connection with fraud.