A TEENAGE girl remains in a serious condition in hospital after she fell around 30-40 feet in a quarry while listening to Ed Sheeran play at nearby Páirc Uí Chaoimh.

The 17-year-old girl from Douglas, Co. Cork, suffered fractured vertebrae, a punctured lung and liver and head injuries when she fell at the edge of the quarry at around 8.30pm on Saturday.

According to the Irish Mirror, it's feared that the girl may be left paralysed by her injuries.

A source told the paper: "She suffered traumatic breaks to bones in her body, including her back, and there was also a lot of blood on the ground.

"She was in such a serious condition that it was initially considered calling in the air ambulance to airlift her to hospital.

"However, with the help of the fire brigade, the ambulance accessed the area and paramedics managed to stabilise the young woman. 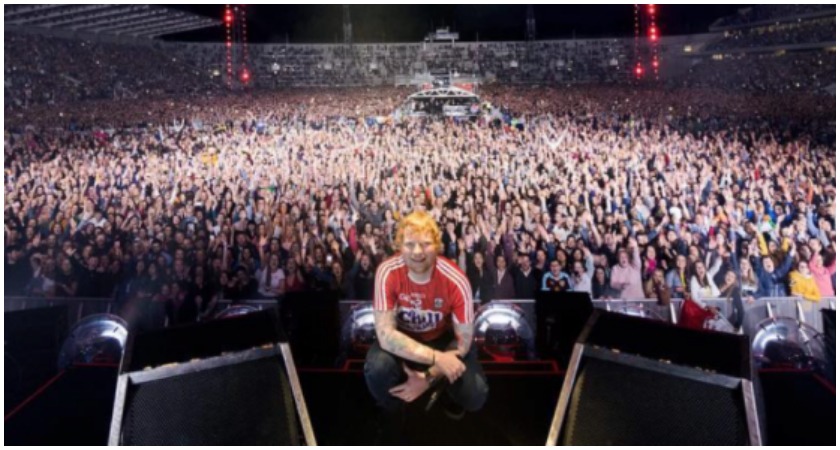 "She was so badly injured the ambulance was given a Garda escort to get her to hospital faster."

A Garda spokesman said: "Gardai are investigating an incident that occurred on the 05/05/18 at a quarry in Beaumont, Co Cork at approximately 8:30pm.

"A 17-year-old girl was brought to Cork University Hospital with non-life threatening injuries as a result of what is believed to be a fall."

Separately, another young woman broke both of her legs when she fell two stories from the roof of a warehouse while listening to the same concert on Saturday.

The woman, aged in her 20s, is expected to make a full recovery.

The concerts in Cork over the weekend were the opening trio of a nine-gig Irish tour, which will see Sheeran play to almost half-a-million Irish fans in the next month.

The three gigs - worth an estimated €60 million to Cork's economy - have been hailed by organisers as an overwhelming success.