THE IRISH Government are 'failing to protect wildlife' it has been claimed, after 97 wildfires ripped through 19 counties in three months.

The Irish Wildlife Trust has formally complained to the European Commission over the State's failure 'in its duty under the Birds and Habitats Directives' to protect threatened wildlife.

In its complaint to the Europe, the IWT presented a table of 97 illegal wildfires between March and May this year from 19 counties in Ireland, including Kerry, Cork, Mayo, Galway, Wicklow, and Donegal, and Dublin.

Almost half of the wildfire sites were Special Areas of Conservation, the IWT said, including Killarney National Park, Wicklow Mountains National Park, Connemara, Mount Leinster in Carlow - Wexford, Mount Brandon in Kerry and the Ox Mountains in Sligo.

"These areas are affected annually by wildfires and no action has been taken by the Government to prevent them.

"As a result, all of the habitats of our hills were assessed by the National Parks and Wildlife Service as being in ‘bad’ condition while once common upland birds such as Curlew, Golden Eagle, Ring Ouzel, Nightjar, Twite and Hen Harrier are threatened with extinction," the Trust said. 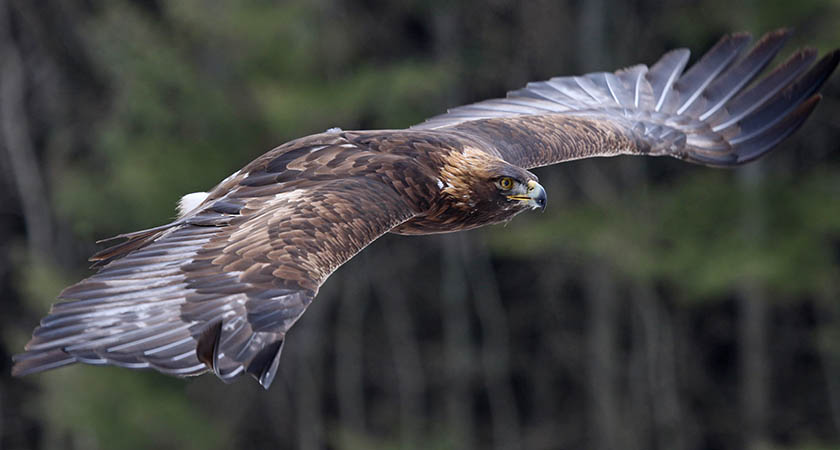 The Irish Welfare Trust has said native Irish species like the Golden Eagle, above, are now under threat from extinction. (Picture: iStock)

The Trust also said that changes to policy measures - like removing the requirement for farmers in uplands to have vegetation in 'grazeable height' and incorporating sustainable grazing systems - would dramatically reduce the levels of wild fires, as well as producing management plans for all Special Areas of Conservation, setting out how our uplands can be restored.

"They are no longer the beautiful, wildlife-rich places they once were.

"Landscapes and nature have been replaced with scorched land and plantations – which contribute to carbon emissions, pollution, erosion, flooding, loss of scenic value and livelihoods.

"This has happened not because of lack of resources or uncertain science – but a lack of political will."