THE Irish Government had to reflect on the most appropriate way to celebrate St Patrick’s Day this week in light of the ongoing Russian invasion of Ukraine.

Finance Minister Paschal Donohoe revealed that the Government had to decide “what kind of St Patrick’s Day we should have” before scores of Ministers set off on trips to nations across the globe to promote the island of Ireland in St Patrick’s week.

Speaking at the House of Lords today, at the CHAMP St Patrick’s Day Reception – which an annual celebration of British-Irish relations – Minister Donohoe told those gathered that he chose to visit London this year to mark Ireland’s national day, something he last did in 2019.

“If I couldn’t be at home in Dublin for St Patrick’s Day I wanted to be here in London,” he admitted.

“Why did I want to be here in London?” he added, “well if you think of the values that are at the heart of St Patrick’s Day back home in Ireland and when it is celebrated across the globe, these are values of celebration, even in these difficult times, it is about celebrating the value of friendships, the value of relationships and the value of welcome.”

He explained: “There are few relationships that demonstrate that more than the relationship between Britain and Ireland.

Minister Donohoe, who will spend two days in London, went on to admit that this year’s St Patrick’s Day is more about solidarity than celebration due to the ongoing crisis in Ukraine.

“How worthy and how appropriate is a moment of celebration when our neighbours, our fellow humans, elsewhere, and increasingly nearby, are experiencing such terror and such loss of life?” he asked the crowd.

“It was a matter we reflected on in our government,” he explained, “about what kind of St Patrick’s Day we should have when so many are experiencing the exact opposite of friendship, solidarity and welcome.

“We thought ‘how do we go ahead with this, what should we do’?” 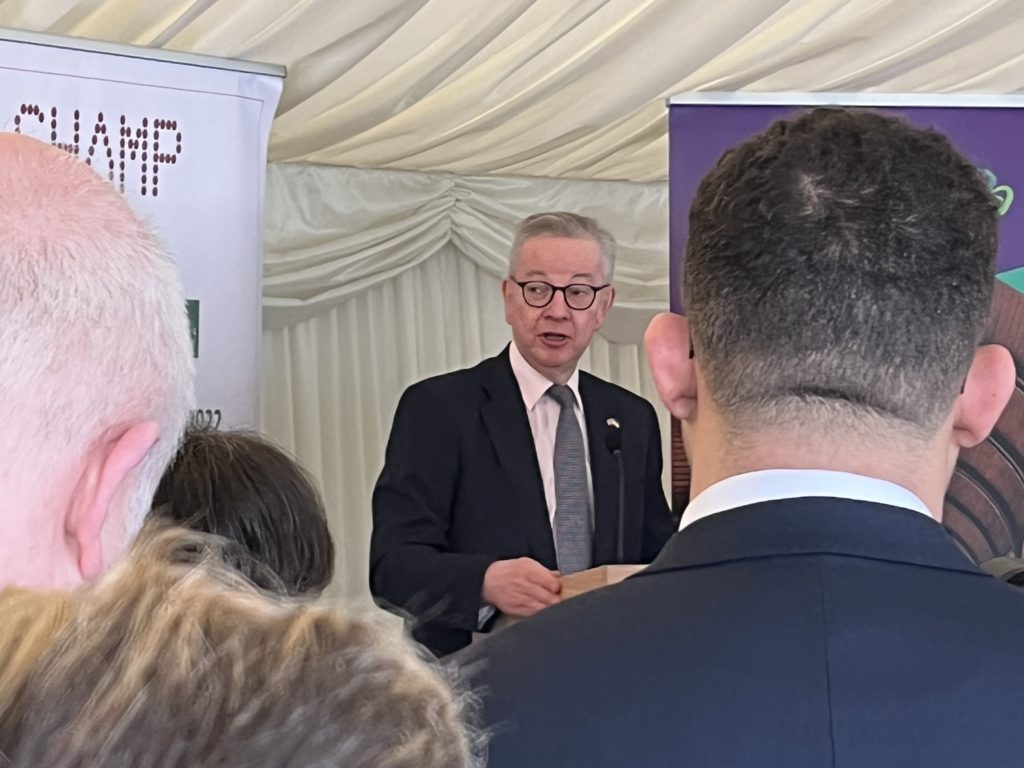 He added: “I reflected on it personally too.

“When I arrived back in Dublin Airport last week I was thinking about going home.

“Thinking about getting back home, about seeing my family and turning on the rugby and starting my weekend.

“But what was the first thing I saw when I arrived into the airport - seated in a row, a group of women and children fleeing Ukraine.

“It was a visceral moment for me,” he admitted.

“It made me realise what is now happening all over here, Ireland, all over Europe.

“The sense of movement caused by terror which we are now all, as friends and as governments, responding to.

“But it made me think if I felt like that how negligent my emotions were in contrast to what those people were feeling when they arrived into our airport.

“Even as I thought about that it made me think after a few moments, actually if there was ever a moment, ever a day, ever a time when we needed to be reminded of the values of friendship, the values of connection, of coming together to talk to be in each other’s company, surely it is now.

“Surely moments like this in their own small way offer a flicker of light against a darkness that is rising.

“It’s a reminder and a little bit of an antidote to the darker agents of nature that are taking place elsewhere and taking hold elsewhere.

Michael Gove, the British Government’s Secretaery of State for Levelling Up, was also in attendance at the St Patrick’s reception in Westminster, where he revealed his love for Ireland and optimism that relations between the two islands would remain strong.

“We meet against a backdrop of horrendous conflict in Europe,” Mr Gove said.

“Conflict reminds us of the things we hold in common at this critical time. What unites us and brings us together it more important now than ever before.”

‘As family we recognise we don’t always agree,” he explained, “but we are bound together by so many ties – ties of affection, respect, closeness, solidarity and St Patrick’s Day gives us an opportunity to celebrate that.”

Mr Gove went on to tell those gathered that his great personal affection for Ireland came after he once spent six weeks there.

“A visit to Ireland is an opportunity to refresh the soul and lift the spirits,” he said.

“Ireland is a destination that sells itself,” he added.

“You don’t need sophisticated marketing techniques or a massive advertising spend, the people, the geography, the history, they all sell themselves.”