WITH little over a fortnight to go until Ireland casts its vote in the Marriage Equality Referendum members of the Irish LGBT community in London have offered their support for a yes vote.

Today Dr Bernard Lynch, co-chair of the of London Irish Lesbian, Gay, Bisexual and Transgender Network, claimed a vote for same-sex marriage in Ireland would be a “giant step in the right direction” for the Irish at home and abroad.

“I would like to offer the Network’s unreserved support for the Marriage Equality Referendum on May 22,” he said.

“As part of the Diaspora over the past forty years, I have time and again encountered Irish LGBT people alienated from the land of their birth because of who they are and who they love,” he added.

“We cannot always right past wrongs but a vote for Marriage Equality would be a giant step in the right direction. It would be an unequivocal and transparently credible statement to our citizens at home and abroad, that justice with co-equality to love in marriage is one of the bedrocks of what it is to be Irish - making ghrá (love) the law for adults irrespective of their gender.” 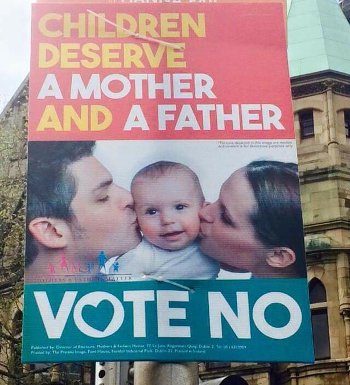 Dr Lynch is among a raft of British-based supporters of the yes campaign who have publicly backed the cause over the past week.

Over the weekend Lord of the Rings actor Ian McKellen, tweeted the following message to his more than two million followers.

"To friends in Ireland. Vote YES on 22 May and make your country the first ever to legalise marriage equality by popular vote.”

British comedian Jason Manford has also waded into the debate, tweeting a poster from the no campaign which stated ‘children deserve a mother and a father’ with the response “the person who designed this poster had a mother and a father and look how much of a p**** they turned out to be."

The Salford-born entertainer used the hashtag #ChildrenDeserveLove as he signed off his tweet by urging his fans in Ireland to vote yes in the upcoming referendum.

In London the Irish LGBT network will continue to promote a yes vote to legalise gay marriage in Ireland on May 22, claiming there is “nothing more fundamental and totally human to have in the Constitution of our country”.

“A Yes vote for Marriage Equality for same gendered people would show a nation at ease with itself and taking its place with its progressive European and world partners,” Dr Lynch added.