IRISH nurses and midwives in London have held a demonstration in the city to show solidarity with colleagues in Ireland.

Members of the Irish Nurses and Midwives Organisation (INMO) are set to go on strike for 24 hours this Wednesday, January 30, in a dispute over staffing levels.

Talks between the INMO, the HSE and Department of Health at the Workplace Relations Commission ended without a resolution on Friday.

On Saturday, around 150 people gathered at Parliament Square in London to show their support for nurses and midwives in Ireland. 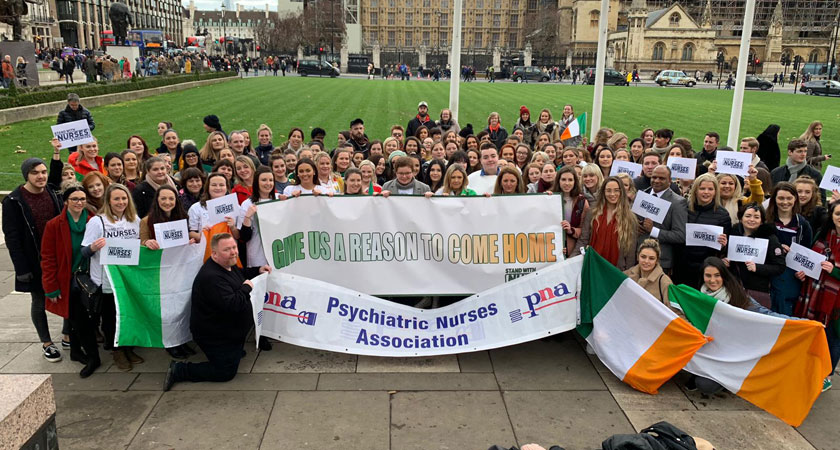 The demonstration took place at Parliament Square in London

Irish nurses Amy Kearney from Co. Kerry and Aideen O Riordan from Co. Cork, who both work in London, organised the demonstration.

Ms Kearney said some of those who took part in the demonstration had emigrated due to working conditions in Ireland.

“I think the number of nurses emigrating speaks for itself,” she told The Irish Post.

“Speaking to some of those at the event, many feel that coming to England was far more enticing to them with plenty of opportunities, better working conditions and pay.

“I think many Irish nurses and midwives in London wanted to show their solidarity as many of them know that if they were at home, it would be them taking to the picket line.

“It was important for us to do this to make a point that we need a reason to come home, and that reason is better working conditions and fair pay.” 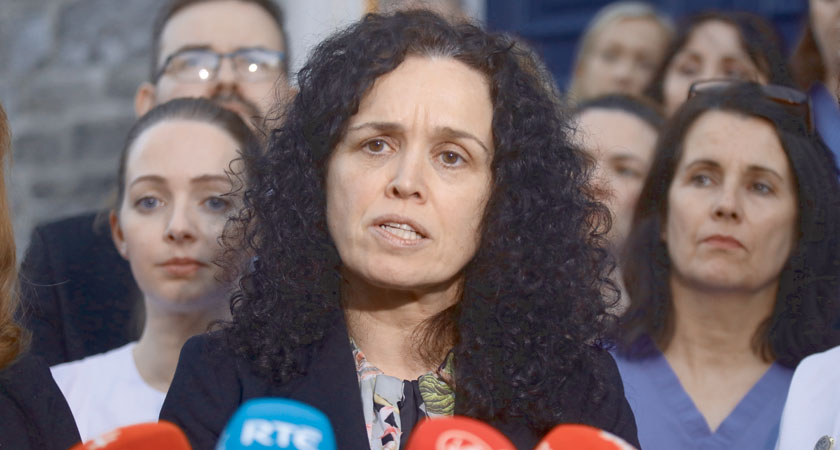 The INMO claims the HSE cannot recruit enough nurses and midwives on current wages, which is compromising patient care.

It says Friday’s talks ended without the government producing any proposals to address the issue, meaning preparations for what would be only the second INMO strike in its 100-year history will continue.

“The largest strike in the health service’s history looms and our political leaders are nowhere to be seen,” said INMO General Secretary Phil Ní Sheaghdha.

“With a heavy heart, strike preparations continue. As ever, we are available to talk any time, but we are still waiting for the government to make realistic proposals to avert this strike.”

Should the dispute go unresolved, there will be further 24-hour strikes on February 5 and 7, and then on February 12, 13 and 14.

Calls for return of some Covid health measures from two organisations