KELLIE HARRINGTON has returned to her job in a Dublin hospital following her Olympic triumph in Tokyo earlier this month.

The 31-year-old was Ireland's star athlete at the Games, taking Gold in the women's lightweight boxing event after beating Brazil’s Beatriz Ferrera in a dramatic final.

She returned home a hero, and was paraded around Dublin in an open-top bus in front of thousands of enamoured fans, but her success hasn't gone to her head.

Last week, the Olympic champion announced that she would be going back to her cleaning job at St Vincent's Hospital, a job she is known to love, admitting before that she relishes putting a smile on the faces of patients as well as her fellow members of staff. 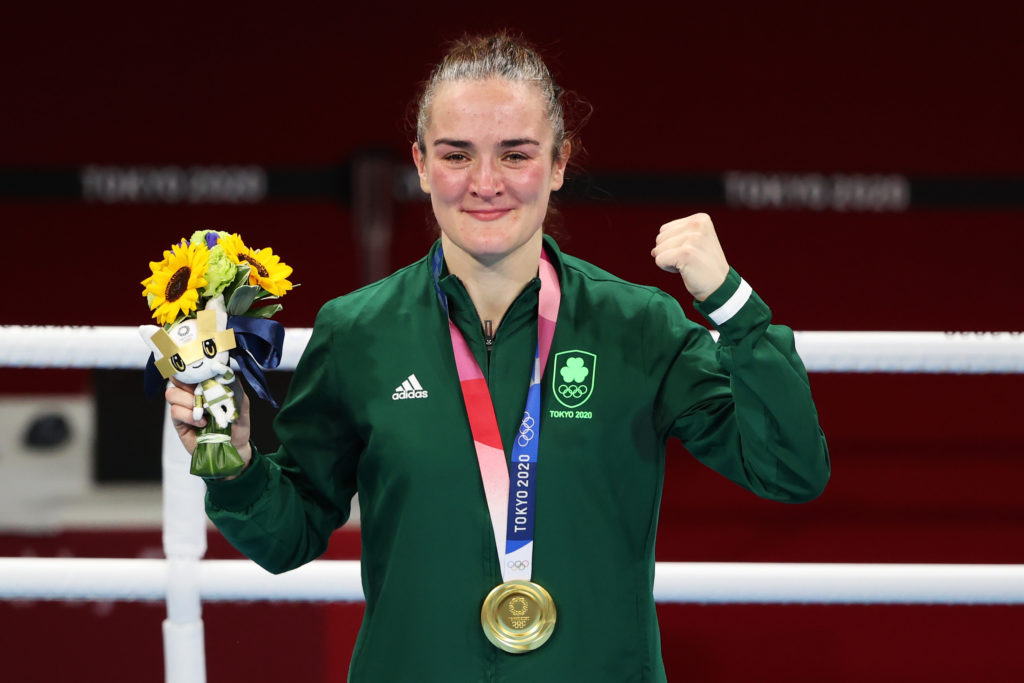 And Harrington is well-loved by her coworkers, too-- as a sweet gesture from St Vincent's staff proved.

Taking to social media on Saturday, Harrington shared a photograph of herself alongside a massive hand-made poster featuring a painting of herself, the Irish tricolour, the gold medal, and a sign reading "Well done on your Olympic journey".

Another message on the poster reads "Go on ye big fluffy pigeon"-- clearly an in-joke between Harrington and her colleagues, as she wrote in a Twitter caption: "Back in work today and this is what was up in one of the wards made by some amazingly talented people. #GoOnYeBigFluffyPigeon #HakunaMatata".

Back in work today and this is what was up in one of the wards made by some amazingly talented people. #GoOnYeBigFluffyPigeon #HakunaMatata pic.twitter.com/vJfF471q8F

In a statement following Harrinton's spectacular win in Tokyo, staff from St Vincent's offered her a "big congratulations", adding: "What an achievement, with such skill and determination? This is such a proud achievement for Kellie, and for her family and many friends.

"She was an inspiration to all of us throughout this Olympic Games; getting to an Olympic final and taking home a gold medal is a remarkable achievement."