THE FINAL of a Liverpool FC fan photography competition is an all-Irish affair.

The English football giants asked fans to submit their pictures of the redevelopment of their Anfield stadium’s main stand.

Now Eamon Hudson from Belfast and David Laverty from Ballymena are going head to head to have their photograph displayed at the club’s museum and Melwood training complex.

The successful shot will also appear in the club’s magazine and matchday programme from their first match at the redeveloped Anfield, while the winner will receive a framed copy of their photograph signed by Liverpool manager Jurgen Klopp and club captain Jordan Henderson. 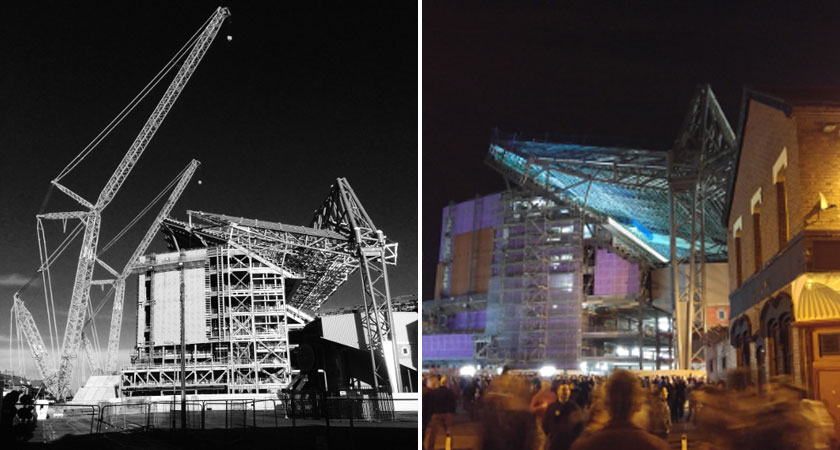 Hudson and Laverty made a shortlist of 10 before Klopp and club photographer John Powell cast a critical eye over the entries, choosing the Northern Irish pair’s snaps as their favourites.

Finalist Hudson told The Irish Post he almost missed his flight back to Belfast after snapping his picture the day after Liverpool’s thrilling 3-3 draw with Arsenal in January.

He said: “I just took it on my iPhone 5. It was the day after the match and we were killing some time around Anfield so I just took a few shots. I was taking so many I nearly missed my flight back home, they were calling my name in the airport!

“When I got back I noticed the competition and thought I’d enter it. I was just buzzing to get into the top two, but if I won I would be delighted.”

The decision now lies with fans, who can vote for their favourite on the club’s Twitter page before the poll closes on Friday morning, June 24.

The redevelopment of Anfield, which will increase capacity by 8,500 to 54,000, is due for completion by August and will create 1,000 matchday jobs.