Irish pensioner, 66, who vanished after flying to South Africa to meet woman he met online found 'mugged of all his belongings'

AN Irishman who went missing for over a week after flying to South Africa to meet a woman he met online was likely the victim of a scam, it has emerged.

Stanley Currie, 66, from Cookstown in Co. Tyrone, flew to Johannesburg from Dublin Airport on December 28 but wasn't heard from again until January 7.

The pensioner traveled to South Africa on a one-way ticket and brought a significant sum of cash with him despite failing to book accommodation.

He was found safe on Monday after apparently walking the streets for a week without food or water.

A fundraising page set up by his family to help get him home claims he was "mugged of all his belongings, passport and money" and was currently being treated in hospital.

"We need to put Stanley up in a hotel until his emergency passport can be got and we can get him home as soon as possible," the family wrote. 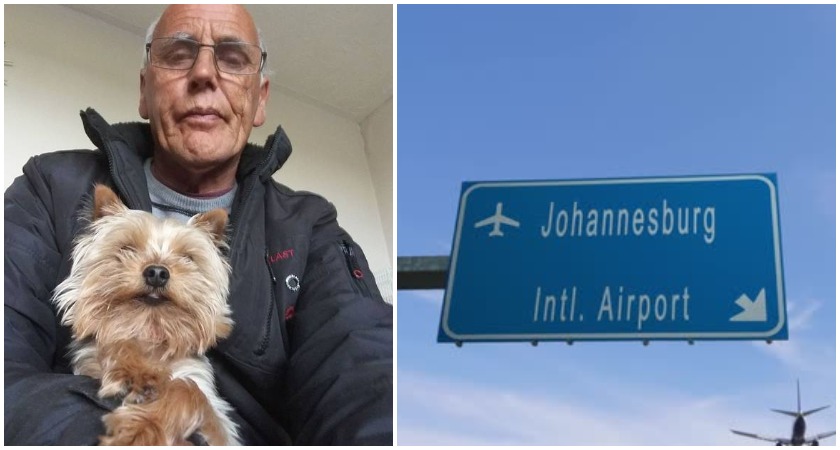 "He has been walking the streets of South Africa for a week with no food or water and is currently receiving medical care.

"Please we would really appreciate any help at all. Thank you for all the support so far."

The crowdfunding campaign had already surpassed its target of £1,000 (€1,113) by Wednesday morning.

South African Community Crime Watch (SACCW), a non-profit group which had been assisting in the search for Mr Currie, took to Facebook to thank everyone who helped locate the Irishman.

"Thank you for sharing, and thank you to all the members of public that made contact with us concerning this case," a spokesperson said.

It is understood that Mr Currie was found in Edenvale, in the province of Gauteng, around halfway between OR Tambo International Airport and Johannesburg city centre.