AN Irish pensioner who has devoted 40 years of service to supporting the homeless in Nottingham has been honoured.

Terry Cullen, 90, originally from Co. Fermanagh, was presented with an award and certificate from the Nottingham Council for his four decades of voluntary service.

Mr Cullen first offered his services to the Emmanuel House support centre in Nottingham 40 years ago.

Terry, who came to Nottingham in the 1960s to work as a psychiatric nurse at Nottingham City Hospital, had no idea that he would be honoured at the St Patrick’s Day parade in the city.

He was presented with his award by Councillor Thomas O'Reilly, of Fermanagh and Omagh District Council, and Denis Tully, chief executive of Emmanuel House.

Terry said: "I like to make a difference, love to chat to people and let them know that someone cares."

Emmanuel House is celebrating its 40th anniversary this year and Terry has been there since the very beginning. 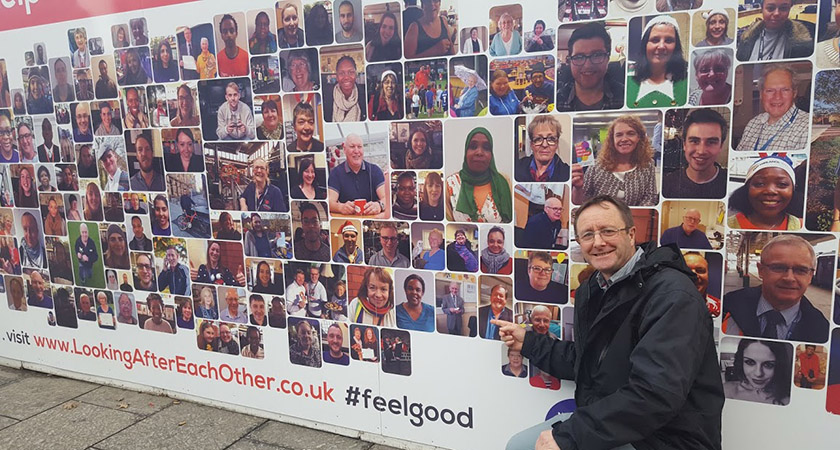 Terry was placed on a 'wall of living legends' in the city.

The Irish pensioner first began by peeling potatoes in the kitchen and after four years began giving haircuts once or twice a week to members of the local homeless community.

Terry is not a professional barber but that hasn’t stopped him from giving three-six cuts every week to help Nottingham’s most vulnerable people get by.

They queue up to let friendly Terry cut their hair, and the 90-year-old says he never has an unhappy customer.

Denis Tully, CEO of Emmanuel House, said: “We are delighted to be able to acknowledge and celebrate the important contribution that Terry Cullen has made to Emmanuel House and homeless people in Nottingham over the past 40 years.”

“Year in, year out, Emmanuel House delivers essential support to homeless and vulnerable people across Nottingham.

“We would be unable to deliver the service without the dedication of volunteers like Terry, who make a commitment to offer their time and talents to make a real difference to those in need.”