'Irish people are not racist': what gardai told Ireland star Cyrus Christie after he was racially abused by fans

REPUBLIC of Ireland international Cyrus Christie has criticised gardai for their response to his complaints about being racially abused.

The 27-year-old spoke to Off The Ball Sports about the abuse he's received, namely from supporters on social media, but also from fans outside Ireland's training ground.

Christie claimed that when he spoke to gardai about it, they were extremely dismissive, telling the Fulham defender that they "didn't believe" that someone from Ireland could be racist.

"Even when I sat down and spoke to them they didn't understand, and I was explaining different stories about growing up. They were like, 'I just don't believe someone in Ireland could be racist.'

"You're going to get racist people everywhere. I'm not trying to say the whole country was racist but, you have everything you need there, the evidence, what people are saying. I believed it was enough for them to do something.

"We actually ended up ending the meeting early, because I just knew they wouldn't do anything. 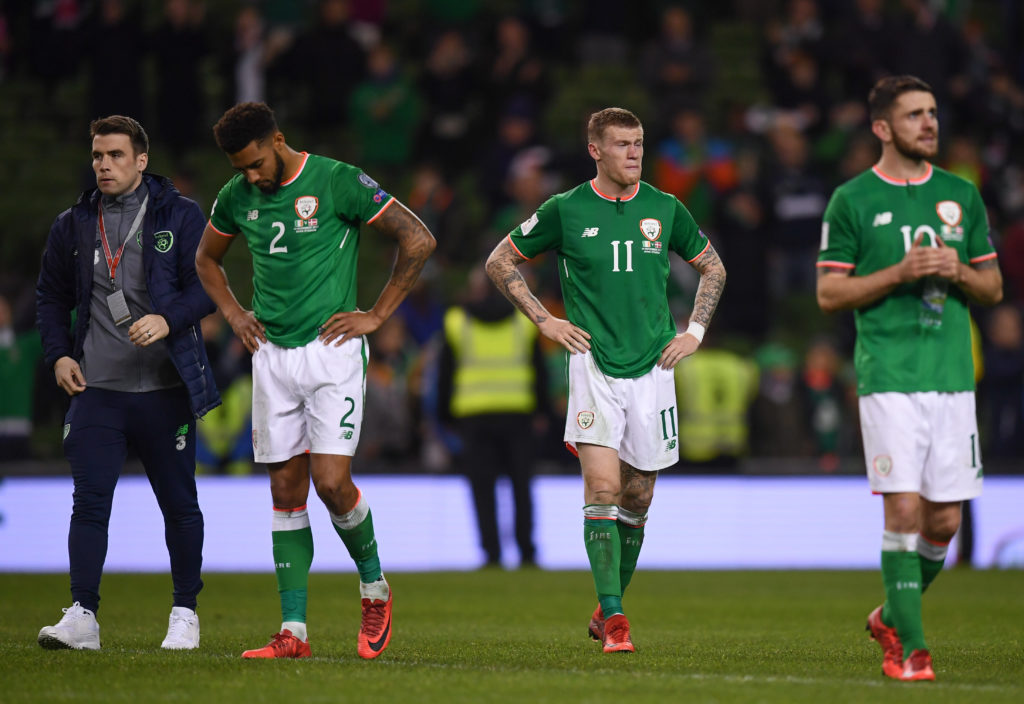 Republic of Ireland's Cyrus Christie (second from left) and James McClean (third from left) have both suffered racial abuse from supporters.

"You're fighting a losing battle there really, and I can see why people don't ever try and pursue anything.

"I gave them a story of when I was younger... [they said] 'Yeah I can understand it, but, I just can't see someone in Ireland ever being racist'."

Christie admitted that he had been both disheartened and spurred on by the lack of sympathy for teammate James McClean in his battles with racial abuse.

"It kept happening after every game. I was getting racial abuse, and I just thought 'it is what it is', and then it wasn't me that brought it up it was James McClean.

"By the time he said it I had actually forgotten about it. The thing is I had seen it on that day, and my friends had seen it, it was already picked up on and there were people liking it and re-tweeting it... But no-one wants to pull the issue up.

"The weirdest thing was, his profile was there for everyone to see. And then obviously when the Garda came in and supposedly said they were going to deal with it, and done nothing.

Christie has been a Republic of Ireland international since 2014, playing 24 times for his country and scoring two goals.

To see the full interview, check it out below.