A VERY lucky dog was rescued from 'ruff' seas thanks to the efforts of rescue volunteers with the RNLI.

Volunteers from the Dunmore East RNLI lifeboat received an emergency alert yesterday, Thursday 16 August, after a pet dog tumbled 30 metres down jagged cliffs towards the sea below.

After being alerted by the Irish Coast Guard, at approximately 2pm, the Dunmore East RNLI lifeboat launched to try and rescue the dog, who had fallen down the cliffs near to the East of Portally Cove. 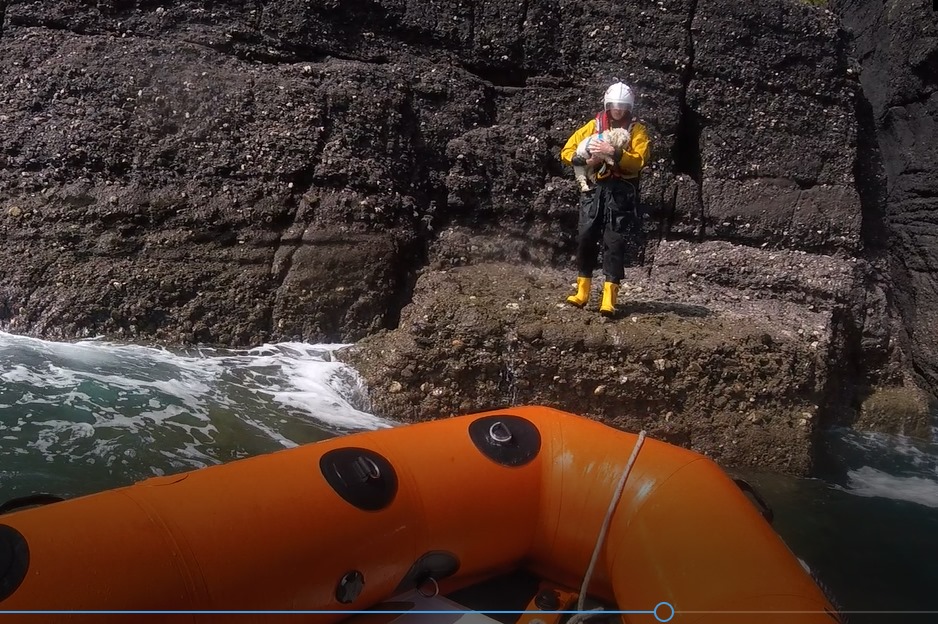 Ellie the dog was rescued from a cliff ledge by RNLI volunteers (Image: RNLI Dunmore East)

Just eight minutes after receiving the call, the ‘Elizabeth and Ronald’ lifeboat and her volunteer crew arrived on scene and assessed the situation.

The dog-- named Ellie-- was sighted on a ledge at the bottom of the cliff, having thankfully avoided falling into the rough seas where she would have been in danger of drowning.

Two of the volunteer crew launched the lifeboat’s XP boat and made their way to the base of the cliff where one of the crew was able to climb onto the rocks to rescue the distressed dog, with her owner watching on anxiously. 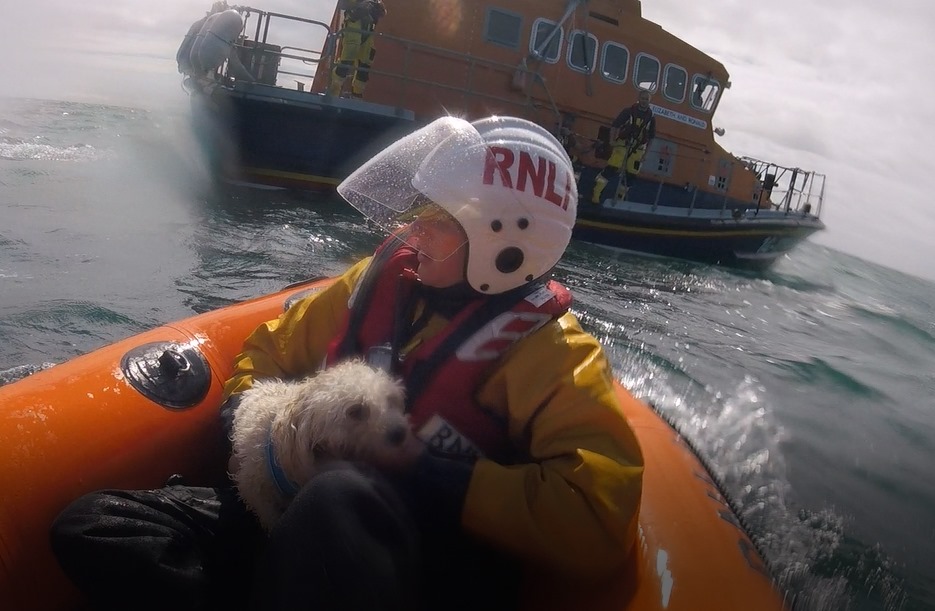 Miraculously, the RNLLI say, Ellie was unharmed after her ordeal and was brought back to Dunmore East harbour where she was happily reunited with her family.

"Weather conditions were good at the time and our volunteer crew did a great job in rescuing little Ellie. 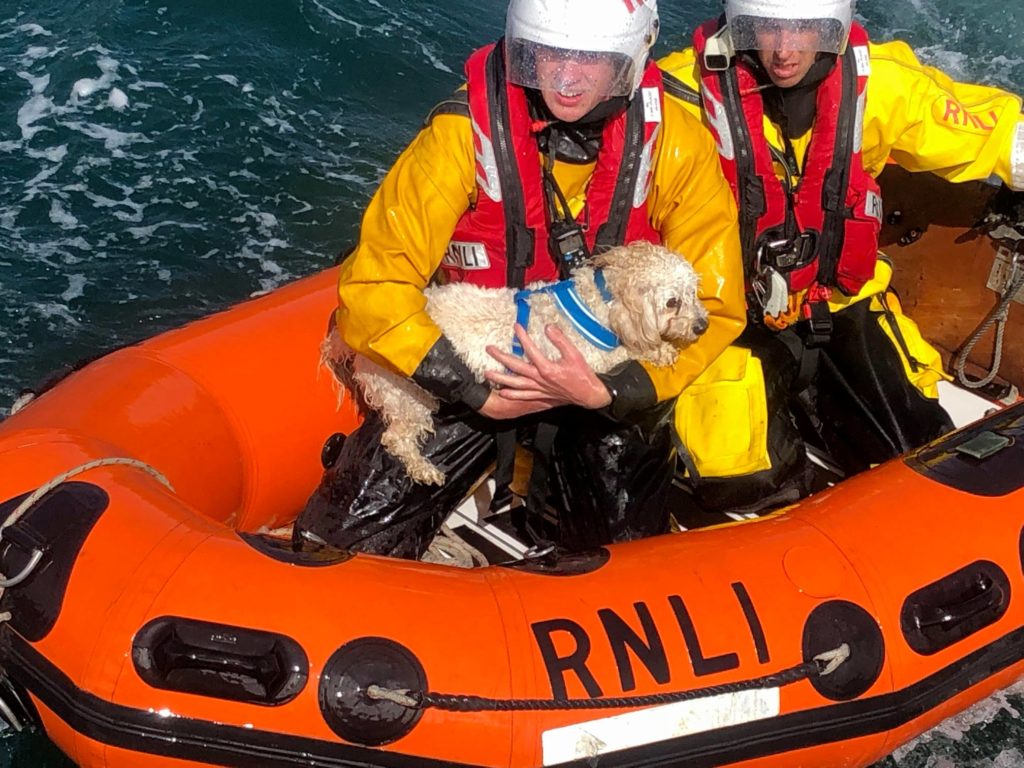 "Our concern with incidents like this is that dog owners may try to get down the cliff after the dog while endangering themselves.

"Thankfully this was not the case this time.

He added that "the owners did the right thing in calling for help".

Ellie had a lucky escape thanks to the RNLI, a completely volunteer-run charity which has saved over 142,200 lives since being founded in 1824.

Last month, RNLI volunteers in Kinsale rescued former U2 stage manager Pete Currier off the coast of County Cork after he had spent an incredible 52 days at sea.