Sailors Robert Dickson and Sean Waddilove announced their arrival at the 2020 Tokyo Olympic Games with a splash on Tuesday.

They finished in first place in their opening 49er class race, edging out Great Britain and Germany.

There’s still a long way to go in this competition though, with 12 races in total in the series. 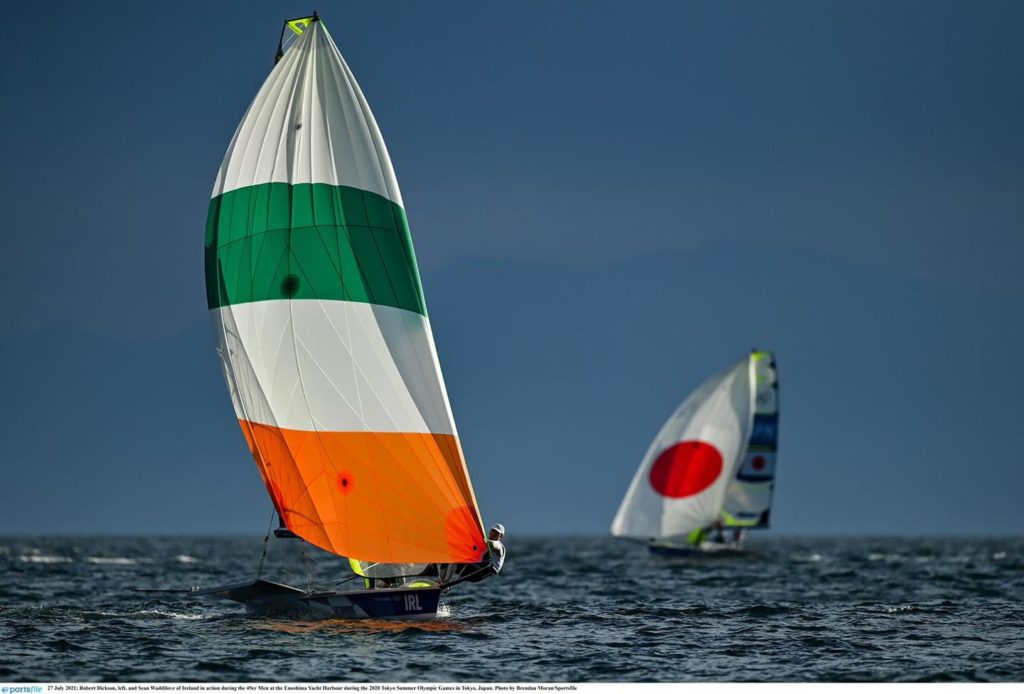 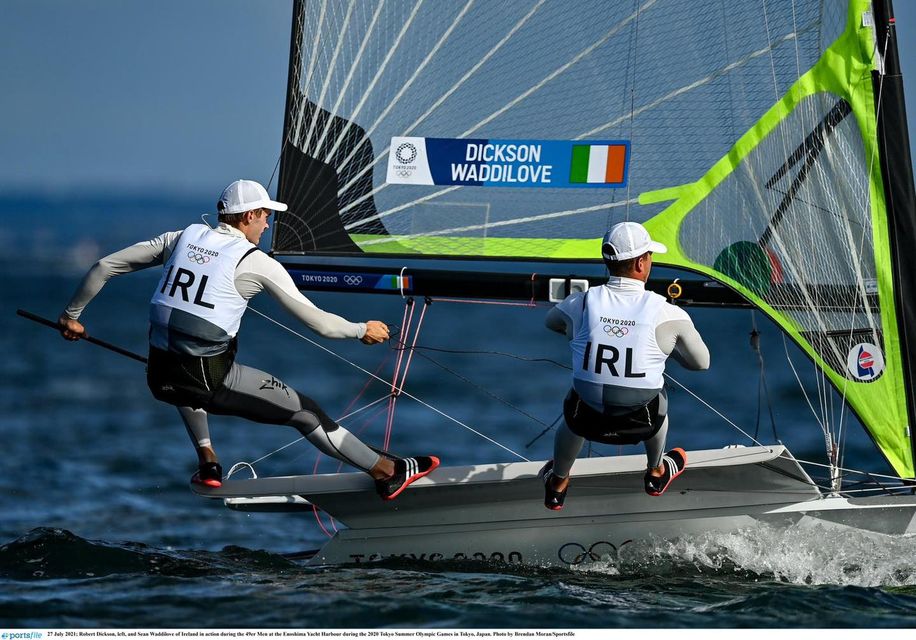 Sailors Robert Dickson and Sean Waddilove made their Olympic debut, as they finished in first place in their opening 49er class race, edging out Great Britain and Germany.
After a tricky start, with Race 1 being abandoned due to shifting winds, the race officials reset the course and the Irish sailed strongly to finish first.

Racing was cancelled for the rest of today and will resume tomorrow.
There’s still a long way to go in this competition though, with 12 races in total in the series.
The young Irish crew thought they had misjudged the finish line opening the door for Great Britain to steal the win.  But in a photo finish it was the Irish who took the gun.

“We came here with not too many expectations,” said Dickson. “This is our first Olympics. So we didn’t have any real results or goals coming into this – just to go and deal with what we have on the water, the conditions and do our best. We have 11 races to go, anything can change. You’ve just got to be ready for everything.”

It was a good day all round for the sailors, with Annalise Murphy following on from her impressive form earlier to secure a 10th place finish in Race 6 this afternoon, seeing her move into 20th place overall.

Tokyo is the third Olympics for Annalise.

She came agonisingly close to a medal when she finished fourth in London 2012 but bounced back by winning silver in Rio 2016.

10th place for @Annalise_Murphy in Race 6. Two top 10 finishes moves her into 20th place overall in the #LaserRadials in the 10 race series.

Next up Rob Dickson and Sean Waddilove in the 49ers about to start.#TeamIreland #Tokyo2020 @Irish_Sailing pic.twitter.com/Z1WoRN7T2T

Keep up to date with the races here: https://bit.ly/3f5foIJ