Children attend a Fridays for Future strike in Germany in 2019. Protests will take place across Ireland today (Photo by TOBIAS SCHWARZ/AFP via Getty Images)

SCHOOLCHILDREN ACROSS Ireland are to protest against the perceived lack of action on the climate emergency today by skipping school and attending strikes.

Protests are planned in the cities of Galway, Cork and Dublin, RTÉ News reports, but children are expected to travel in their thousands from across the country to attend.

The Fridays for Future strike began with one fifteen-year-old girl-- Greta Thunberg-- skipping school in protest at the destruction of the environment, sitting alone with a sign in her town in Sweden calling for action on the climate emergency.

Since then it has grown into a millions-strong movement, with regular protests across the globe, and with Thunberg invited to speak at UN conferences and travel across the world to continue her call for world leaders to take proper action on the climate emergency. 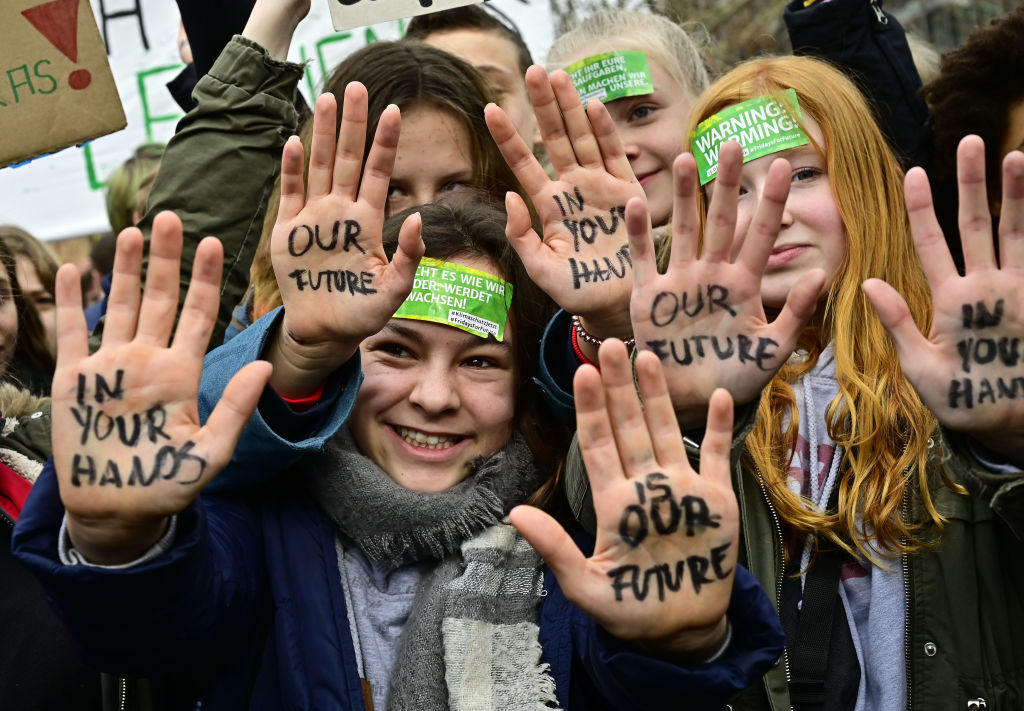 Children attend a Fridays for Future strike in Germany in 2019. Protests will take place across Ireland today (Photo by TOBIAS SCHWARZ/AFP via Getty Images)

According to Fridays for Future Ireland, the organisers of today's strikes aim to "demand that the Irish government takes action on climate change and climate injustice in Ireland".

"We want our government to align itself with its commitments to the 2015 Paris Climate Agreement and do their part in lowering our carbon emissions to the point where we can limit global climate change to a 1.5ºC average warming target above pre-industrial levels.

"If we don’t stop the destruction of our planet, we will lose countless species of animals and plants and we may even face the end of human civilisation as we know it.

"We are here to stand up and fight back against the onslaught of injustice coming from the companies and governments that don’t just control the now, but the future of every generation to come."