THE FIRST of 32 of the world’s largest-ever wind turbines has been installed in the Irish Sea.

Over the next few months, the 31 remaining super-turbines will be shipped from Belfast to the Burbo Bank Offshore Windfarm by the energy firm Dong Energy.

The impressive structures will stand at 195m tall with a huge rotor diameter of 164 meters—making them both taller and wider than the London Eye.

It's also the equivalent to stacking 44 of London's new Routemaster double decker buses on top of each another and a bit taller than two Big Ben towers.

The world’s previously largest turbines, at the Westermost Rough Windfarm in the North Sea, stand at 177 meters tall with a capacity of six megawatts — two megawatts less than the Irish Sea’s latest addition.

The Burbo Bank extension is expected to be completed by the first half of next year. 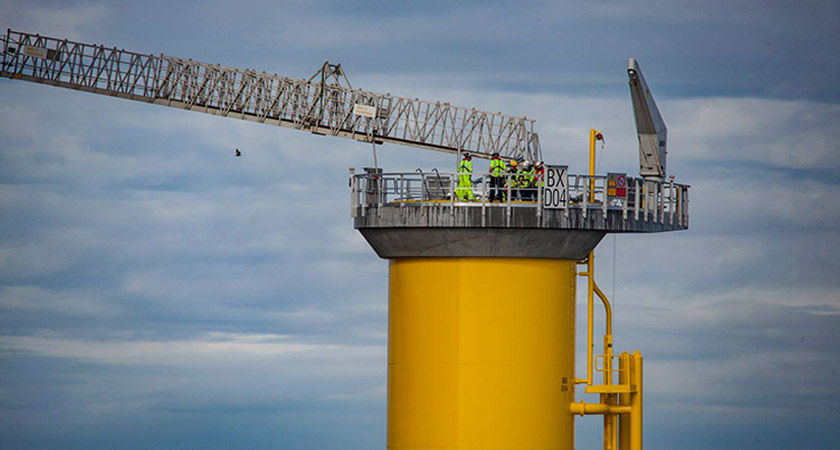 [Source: Dong Energy/Facebook]
"Using larger turbines is a critical part of the industry’s drive in getting costs down," Sykes added.

"Each turbine needs foundations, cables to an onshore substation and maintenance, so the more megawatts you can generate from each turbine, the lower the overall cost per MW."

Across the Irish Sea in Ireland, 17.7 per cent of electricity came from wind power last year, second only in the North Sea area to Denmark’s 30 per cent.