SECONDARY SCHOOL students in Ireland will be sent home if they refuse to wear face masks, according to Education Minister Norma Foley.

She insisted that the only exemption from the rule would be medical reasons, and that unless any such reason is given, all students will be expected to conform.

"Each school operates by its own rules but the schools are aware that it is mandatory to wear the masks. And unless the child has a particular ailment or a particular issue from a medical point of view that would mean that they’re not in a position to wear the mask," Foley told Prime Time on Tuesday.

"Schools are doing all that they can, it’s an evolving situation and we are learning as we go.

"Obviously, there has to be social distancing but equally so, it would be preferable, it would be best practise if students were in small cohorts and that’s really, we’re following the advice that is laid out very clearly in our road map, if students would be contained in a bubble in their school.

"I don’t think it’s fair to be very critical of a very good job that has been done on the ground," she added.

When asked if students would be sent home if they didn't wear a mask, she said: "Yes absolutely, everybody is expected to wear the mask unless there is a medical dispensation if you like." 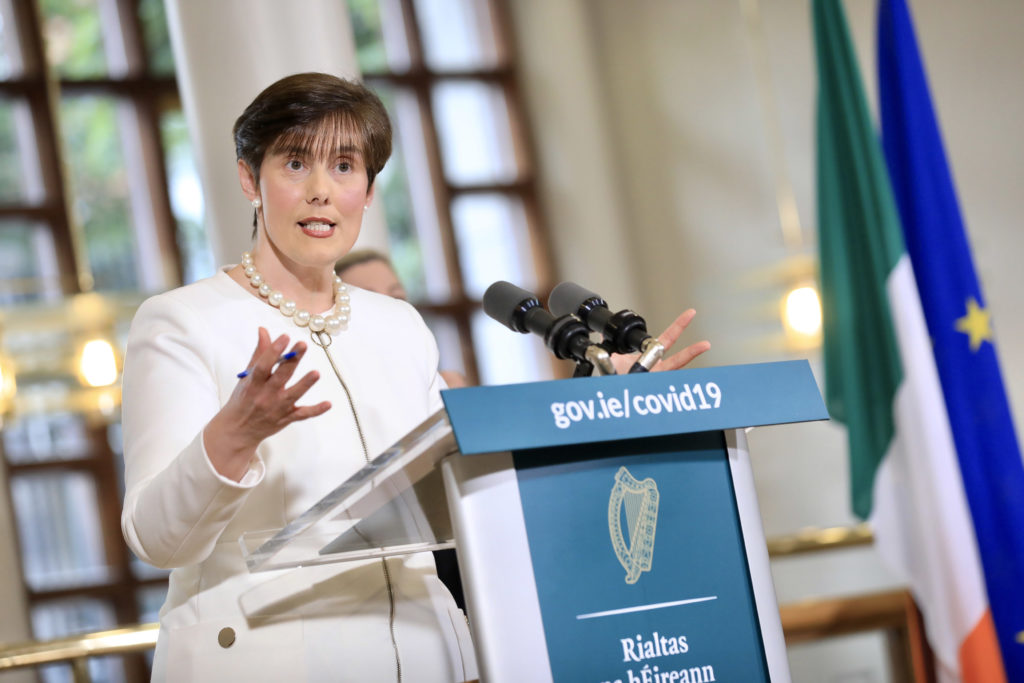 The Minister said that she could not determine what could close down a school in terms of infections and outbreaks.

"That would be very presumptuous for me to even determine what public health would decide because every case would be individual, as it is in every workplace.

"Public health will make that decision on the basis of the contact tracing that they will do, on the basis of, for example, is the school contacted to say that the child is not in school today and has taken ill? Does it happen, has the child taken ill within the school confines or whatever - there’s a whole variety of variations," she added.

Primary school students in Ireland will not have to wear face masks, Department of Health confirms