THE IRISH Wolfhound is the gentle giant of the canine world.

Once famed for its hunting skills, today the average Irish Wolfhound is more of a cuddly family companion, known for its natural obedience and tracking abilities.

How tall is an Irish wolfhound?

The Irish Wolfhound is widely regarded as the tallest dog breed in the world.

Males are capable of standing up to a minimum of 32 inches at the shoulder.

If an Irish Wolfhound were to stand on his hind legs, he could stand as tall as 7 feet. 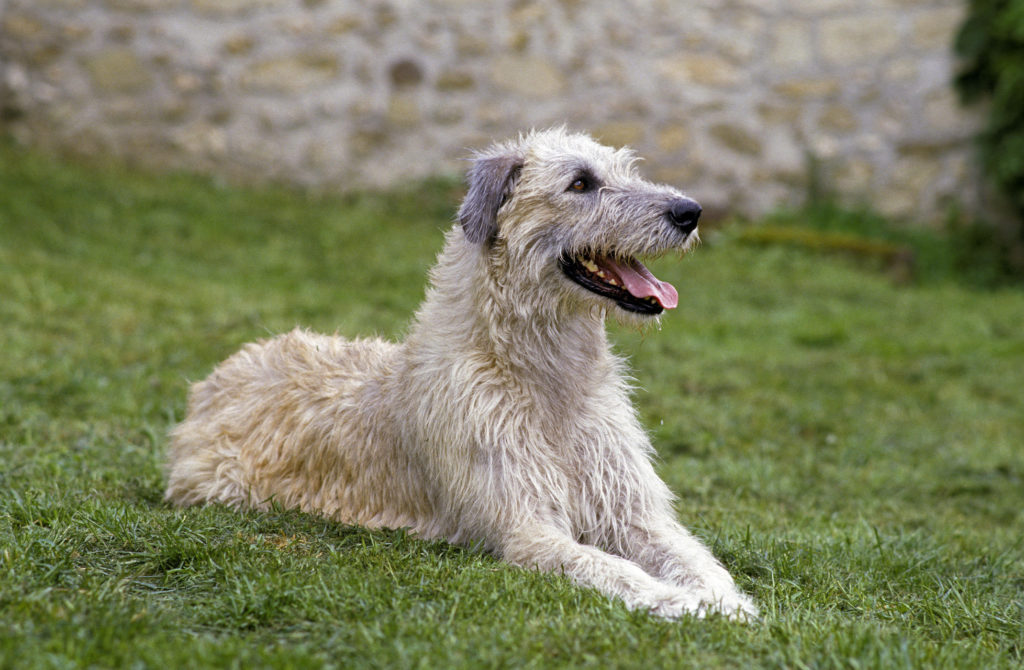 How much does and Irish Wolfhound weigh?

While the Irish Wolfhound is, on average, the tallest dog breed in the world, several other breeds can outweigh them.

Boasting a general greyhound build, except larger and sturdier, these dogs commonly weigh a minimum of 120 pounds though this can vary slightly.

Do Irish wolfhounds come from Ireland?

Yes. The earliest written record of an Irish Wolfhound comes from 391 A.D.

Writing in a letter to his brother, a Roman consul thanked his sibling for his gift of  “Irish dogs,” telling him, “All Rome viewed them in wonder.”

Historians believe “wolfdogs of Ireland” were a popular gift to give to Roman consuls, as well as to kings, shahs and other dignitaries from around the world.

Legend also has it that Cormac mac Airt, one of the High Kings of Ireland, who is thought to have reigned at some point between the 2nd and 4th centuries, had an army of some 300 Irish Wolfhounds.

In another story from the pages of history, an Irish wolfhound by the name Aibe is indirectly credited with starting a war in the 12th century. The story goes that his owner refused an offer from the King of Ulster of 4000 cows in trade for him. 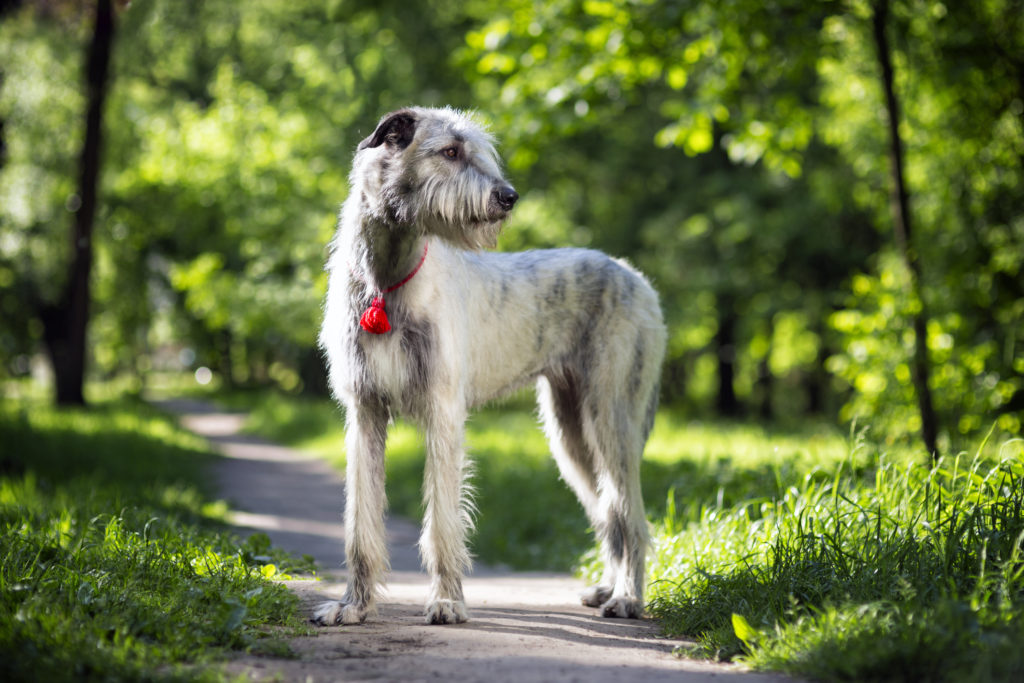 Irish Wolfhounds were genuine wolfhunters, They were also used to hunt wild boar and deer. Obedient, fast learners, some were bred for use in war, often dragging men off horses and chariots.

Legend has it that armies of Scottish warriors and a grop from Northern Britain known as Fianna used Irish Wolfhounds in large scale hunts that resulted in anywhere up to 200 stag being killed. The dogs were also used to hunt giant Irish elk.

By 1800, the number of wolves and elk across Ireland descreased, reducing the demand for Irish Wolfhounds.

That forced Captain George A Graham into action. He spent several years rounding up some of the remaining Irish Wolfhounds in order to revive the breed.

In some instances, he crossed Irish Wolfhounds with Scottish Deerhounds to boost Ireland’s population of these iconic canine. 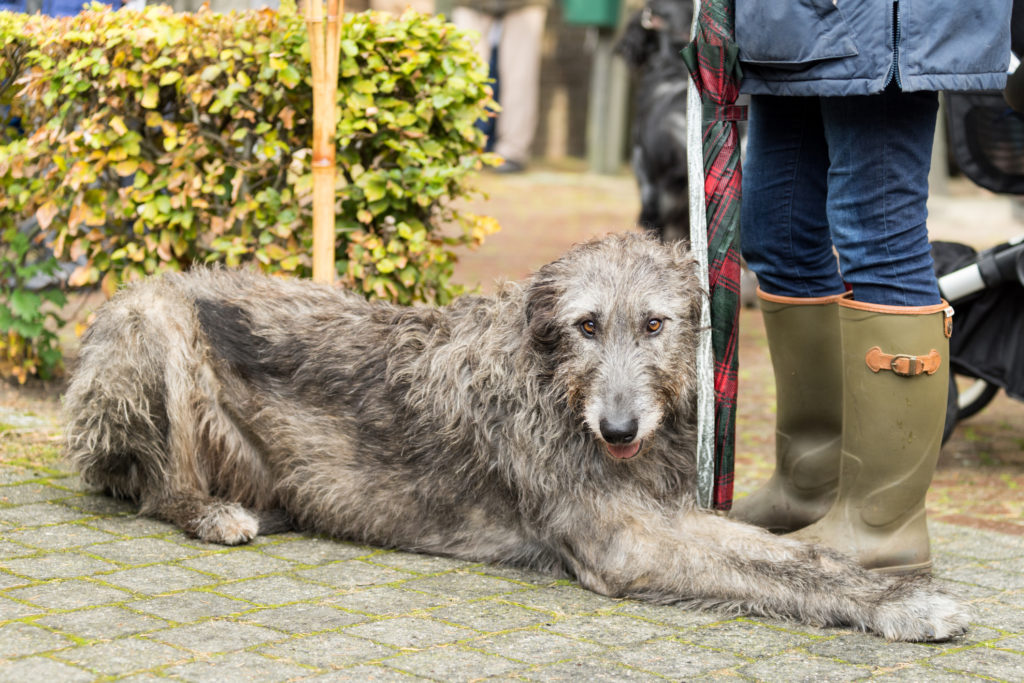 Are Irish wolfhounds safe around children?

Irish wolfhounds are safe around children. Noted for their gentle, sensitive nature, canines of this kind tend to be easy going.

Though they can reach a high speed, they are decidedly slower indoors.

Irish wolfhound owners are encouraged to be vigilant outdoors though, with dogs of this kind prone to chasing animals at high speed.

Gentle around other pets and children, while an Irish wolfhound's size is often enough to scare off intruders, they tend to be softer and unlikely to attack any would-be burglars.