AN ELDERLY IRISH WOMAN had been dead for nearly three months by the time her body was found at her home in Knock, Co. Mayo, an inquest was told on Monday.

The alarm was raised to gardai after neighbours noticed that the curtains were permanently drawn and bluebottles were visible in the windows.

The body of Irene Daly, 82, was discovered after investigating garda went to search the property.

According to the Irish Times, the remains were so decomposed that DNA tests were needed to conclusively prove that the dead woman was in fact Irene.

Hilda Good, Irene's daughter told the coroner that she last spoke to her mother at Christmas and that they'd had a "fight" over her living in Mayo. 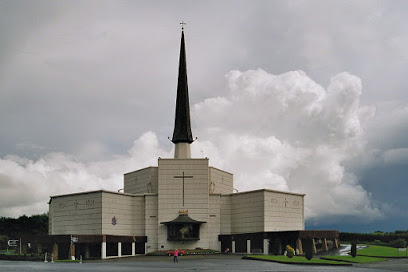 Hilda herself lives in Co. Cork and explained that her mother had moved up to Knock to "be next to Holy God and the Shrine."

Irene's body was found in April, and according to locals, she hadn't been seen since January 26 when she was spotted on a bus to travelling to Westport.

According to the pathology report, the cause of death was natural, but was difficult to pinpoint exactly due to the high levels of decomposition.

The levels of decomposition may well have been accelerated due to the fact that the heating had been left on while the woman lay dead.

The story echoes a similar grizzly discover of an Irish man who lay dead in his home in Co. Cork for seven months before his body was discovered.

The coroners for Mrs Daly emphasised the important of neighbours checking on those living alone in the community, particularly in the winter time and around Christmas.