AN Irishman has been arrested in Ibiza on suspicion of sexually assaulting a woman who was held against her will for three days.

The 54-year-old man, known only as Michael M, was arrested after his alleged victim tried to commit suicide with a knife.

The incident occurred at a shop in Ibiza Town at around 7pm on Monday night.

The woman, a 47-year-old also from Ireland, is believed to have been his girlfriend.

She remains in intensive care at the nearby Can Misses Hospital. According to the Star, she is conscious and her condition improved overnight.

Michael M is due to appear at a hearing in court today, March 1.

A Spanish Police spokesperson said: “National Police have arrested a 54-year-old man for domestic violence after allegedly having subjected his partner to physical and sexual abuse over three days. 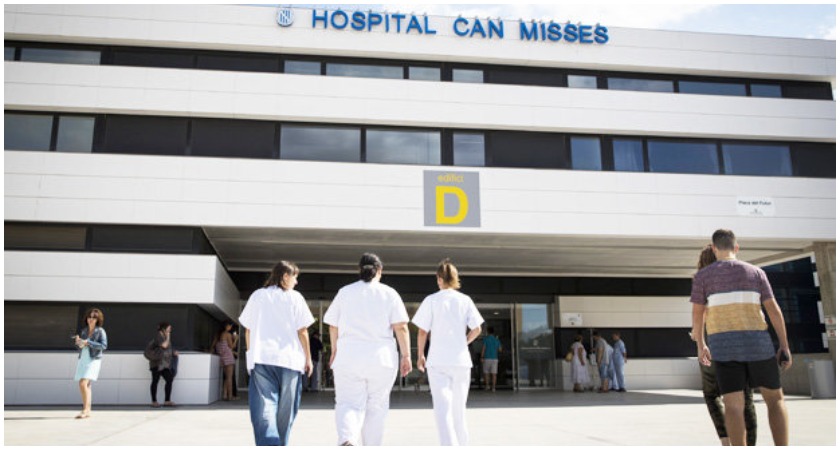 The woman is being treated in intensive care at a local hospital (Picture: Getty)

“His 47-year-old partner, after allegedly being held against her will during those three days and suffering several episodes of violence, was able to escape and on Monday took refuge inside a shop near their home.

“She got hold of a Stanley knife inside the shop and cut her wrists and neck before stabbing herself in the stomach with another knife before anyone could stop her."

The spokesperson added that the Irishwoman had been living in Ibiza for two years.

They continued: “She was immobilised to stop her harming herself further and the flow of blood from her wounds was stemmed until paramedics arrived so she could be rushed to hospital.

“Medical staff saw the woman had multiple wounds on several parts of her body including her genital area and arms and legs before she went into surgery.

“The woman told them the injuries had been caused by her partner who had held her hostage in their home for three days whilst sexually assaulting and subjecting her to other forms of mistreatment, and said that was the reason she had tried to end her life."

Rangers footballer Graham Dorrans ‘bottled’ while on holiday in Ibiza