TORY MP Jacob Rees-Mogg has warned Ireland it risks paying a "high price" if the country does not compromise on Brexit.

Writing in The Telegraph, Rees-Mogg claimed the EU was using "faux concern" over a potential hard border between Northern Ireland and the Republic to delay the Brexit talks and warn other member states not to challenge its authority.

The staunch Brexiteer added that the UK should stop taking the EU "too seriously about the Irish Question", and focus on securing the best possible Brexit for Britain.

He said: “Brexiteers, like me, have done our best to be agreeable.

"It is important to be clear about the border, our shared past, and our common future. We will not impose a border. 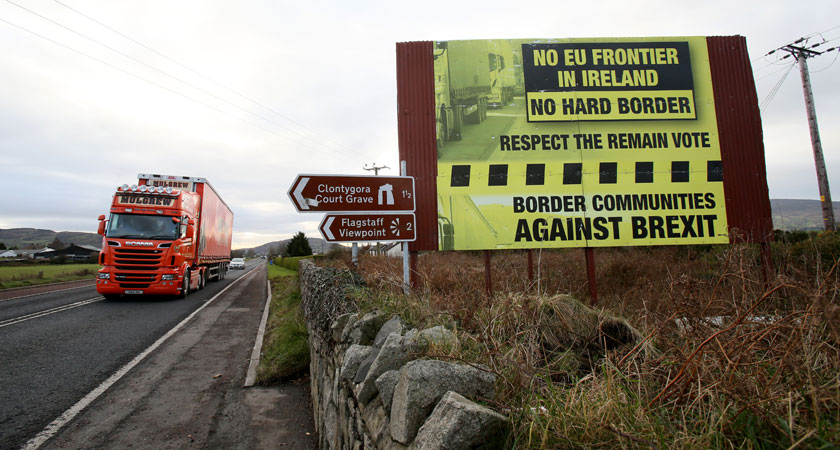 A deal on the Irish border remains to be struck (Image: Getty Images)

"The Irish government needs to understand that if it obliges us to choose between the Republic and the Union, we will choose the Union".

The Conservative MP for North East Somerset added: “It would be helpful if everyone could unite to ensure that we secure the best outcome for the whole of the United Kingdom and Ireland, otherwise there will be a high economic price to pay, primarily by Dublin.”

Mr Rees-Mogg went on to accuse the EU of trying to "make an example of the UK" to put off other member states from leaving the bloc.

He concluded: “If we do not push on with firmness and tenacity the harm being done to our fishermen will continue, our powers to protect our borders will be compromised, and our money will be squandered by needlessly paying the EU’s ransom upfront.

“The UK will simply have to leave with no deal because the referendum result must be upheld.

“When I ask questions about what the EU has compromised on I am met with silence because the simple truth is that it has no intention of acquiescing on any points.

“Any negotiations need to be two-sided."