AN IRISHMAN was arrested off a Dublin ferry in Wales after his DNA was found on a sawn-off shotgun in Merseyside. 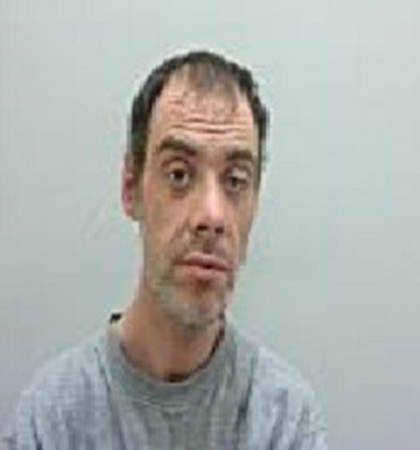 Trevor Byrne, 39, from Dublin was arrested off a ferry from Dublin. (Picture: Lancashire Police)

Dubliner Trevor Byrne, 39, pleaded guilty at Barrow Crown Court yesterday and was sentenced to 48 weeks imprisonment for the possession of a sawn-off shotgun in 2015.

Lancashire Police officers seized the gun from a garage at an address on West Road, Merseyside on October 20, 2015.

Trevor Byrne’s DNA was found on the gun and he was arrested whilst entering Wales on a ferry from Dublin in September 2016.

Brett Gerrity, Senior Crown Prosecutor for CPS North West said: “A sawn off shotgun was found at an address in Merseyside by Lancashire police whilst they conducted property searches as part of an operation targeting gang crime in Merseyside and Lancashire.

“Throughout the case Byrne disputed the DNA found on the gun was his.

"He also claimed that he had never previously entered the UK.

"However on the first day of the trial, he eventually admitted he had possessed the gun and entered a guilty plea.

“Trevor Byrne is undoubtedly a very dangerous man who posed a genuine threat to the public at large by having access to firearms.

"The CPS and police take firearms offences extremely seriously and will continue to work together to bring those who commit such offences before the courts.”