JEDWARD have paid tribute to their late mother Susanna Condron in their first TV interview since her death earlier this year following a prolonged battle with cancer.

The Irish pop twins, who found fame on the sixth series of The X Factor a decade ago in 2009, were left devastated back in February when former school teacher Susanna passed away five years after being diagnosed with leukemia.

Appearing on ITV's Loose Women today, John and Edward Grimes opened up about the "hard" weeks they've faced since their beloved mum died and admitted it still didn't seem real.

"We haven't talked to anyone about it. It's kind of very closed doors," Edward told the panel show.

"It's hard because we never publicly talked about the struggles, or our mum's illness. She didn't want to show weakness.

"She was such an inspiration to me... up to the point of her passing she was still fighting." 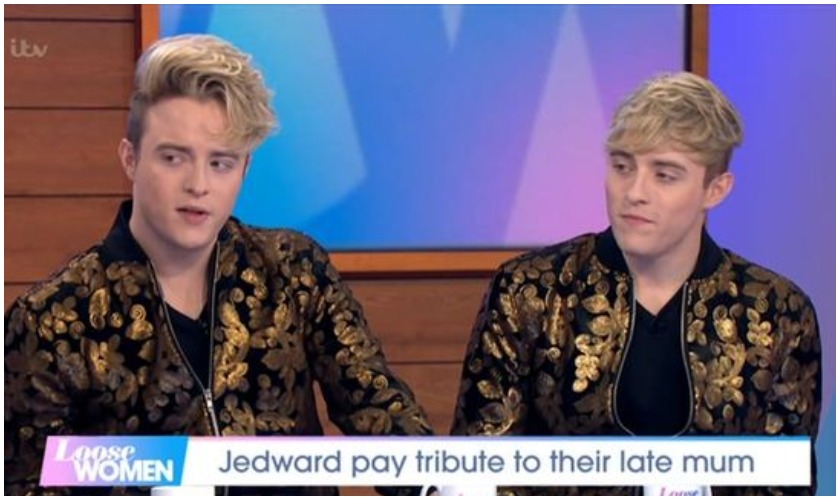 John said: "She never lost who she was. It would have been hard to go on and see her lose herself, but she never lost herself as a person.

"She was always very private. Mum was such an inspiration to me as well, and even when I think about her just up to the point of passing, she was still fighting."

The 27-year-old singers said they had been relying on each other – as well as older brother Kevin – to deal with their grief openly.

Edward continued: "It's been ongoing for the past five years, and now mum has passed it just feels so weird because it's all we've ever known.

"You think you want to call her and there's no one there to call."

John added: "That has been really, really good for me and Edward because we're so open with each other, and we weren't bottling it in."

Susanna worked as a secondary school teacher in Dublin for 26 years before working full-time as her sons' manager following their rise to stardom 10 years ago.

The boys said they believe Susanna will be with them in spirit when they return to touring upon the release of their new album later this year.