The Jockey’s Journal: ‘Tom O’Ryan commanded the respect of everyone in racing’

THE racing fraternity in both Britain and Ireland have been mourning the loss of legendary racing journalist Tom O’Ryan at the age of 61 this week.

Tom was based in Malton, where I live, and he was a great help to everyone in racing in the north of England through writing for the local and national newspapers, from the Press newspaper in York to institution that is The Racing Post.

Having been named Racing Journalist of the Year in 2002, he was quite rightly an award-winning writer and also a broadcaster with Racking UK.

Born in Dublin and raised in England, he commanded the respect of everyone in the business on both sides of the water.

Sadly, he died last Tuesday night after a battle with cancer, which was just so sad for his family – who are all associated with racing up here – and everyone who knew him.

Family friend and colleague Richard Fahey broke the news on Twitter and O’Ryan himself only announced that he had cancer a few weeks ago via the same social media website.

Thanks to you all. Tough cancer battle ahead. Been involved in greatest game of all with the best of people. Been lucky for 61 years.

After reading that, I kept telling myself I’d give him a call, but I didn’t want to disturb him right away, so I let it be.

I kept putting it off, saying ‘I’ll ring him next week’, but unfortunately next week never came.

As a former jockey and apprentice on the flats, O’Ryan knew what he was talking about. A multi-talented man, he was also a qualified jockeys' coach and mentored many young aspiring jockeys who came over from Ireland to Britain.

But above all, he was a good man. It’s a sad loss for racing, particularly for those of us based in the north of England because he always sang our praises, and we needed that.

Just woken up to hear about the passing of Tom O'Ryan. What sad news. Racing will miss him #RIPTom

Very sad to hear Tom O'Ryan has passed away. He always wanted to help and loved seeing people do well. #RIP

RIP Tom O Ryan , a man with great loyalty who I trusted immensely. A real gentleman and friend. Will be sadly missed.

Awful news to hear of the passing of Tom O'Ryan. R.I.P Tom , thoughts with family and friends!

All of our thoughts here at Racing UK are with Tom O'Ryan's family after he died today, aged 61. #RIP pic.twitter.com/uUVVLkaONq

Meanwhile, I’ve been enjoying watching other sports and trying to learn new things about other athletes, in particular at the Olympics and Conor McGregor’s win over Nate Diaz.

I actually didn’t get to watch any of the events involving horses, believe it or not, but me and my wife enjoyed the hockey, which was the first time I’d ever watched it properly.
But I learned so much from the individual athletes because I could relate to them more; people like Mo Farrah, who was bundled over but got up to go on and win gold, which was amazing.

I felt a little for the sprinters who got disqualified for false starts though. There was one in the 400m hurdle final with Thomas Barr too. That’s four years of hard work down the drain, and it just shows you the pressure some of them were under.

I was mesmerised by Usain Bolt, though, I mean the guy is just a freak of nature, he’s so exciting and entertaining to watch, even if his main event took less than 10 seconds!

A lot of the athletics –sprinting, hurdles and the steeplechase – is comparable to racing in that the humans go through similar physical strains as our animals, so it’s no wonder I found it fascinating to watch.

As for McGregor, I watched his recent fight back and I’m always amazed at the fitness levels of those MMA fighters. 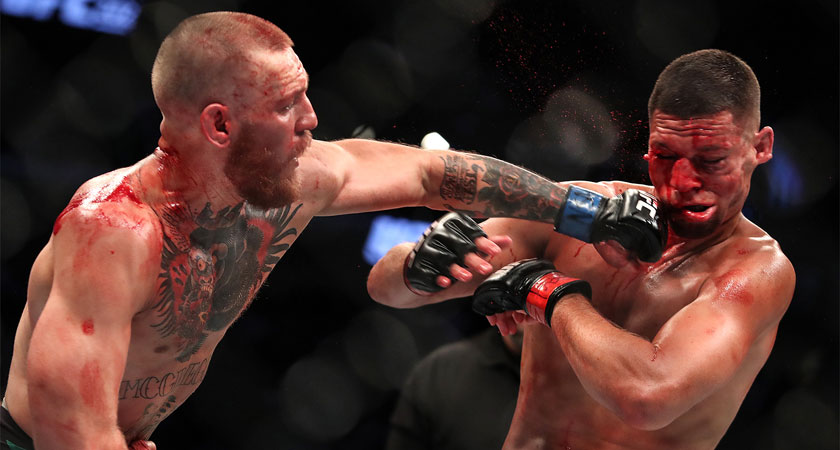 To fight like that for 25 minutes is incredible, I can’t imagine how well conditioned their bodies are.

It was bloody, brutal, messy and tactical, but thoroughly entertaining and well done to the Dubliner for getting the decision.

As for myself, it’s been an interesting few weeks. I’ve been over to France at Clairefontaine again, but had no joy over there, although before that I had a good winner in Hamilton on board Apres Midi for Karl Burke.

I didn’t get back until 12.30am the night before I went to France and then somehow managed to get up at 4am to set off for my flight at Doncaster Airport.

It was a two-hour drive at the other end to get to the racecourse in France. I had two rides and then jumped back in the car for the two hours back to the airport.

I managed to make it home to York for 9.30pm, which I thought was good going.

It’s not always that way though. Karl, who has been very good to me this year, sorts me out with a private plane when he can.

We flew out to Deauville Racecourse that way at the beginning of August and I took a few pictures of the experience.

Hope he knows what his doing because Harriet dosen't!!
?? pic.twitter.com/vpfhf6x8f2

It’s true what they say; hard work pays off.