JOE BIDEN has remarkably refused to criticise China's human rights record by suggesting recent controversies - including accusations of genocide against Uighur Muslims - have come about simply as a result of "cultural differences".

During an appearance on CNN on Tuesday, Biden dismissed the genocide against the Uighur population in China, branding the mass internment a "different norm".

This is despite the American government this month condemning the "atrocities" in the camps, following reports of systemic rape and torture.

He also appeared to justify Chinese President Xi Jinping's strict control of the masses - and attempted control of Hong Kong - as method for unifying the country.

"If you know anything about Chinese history, it has always been, the time when China has been victimised by the outer world is when they haven’t been unified at home," Biden began.

"So the central — well, vastly overstated — the central principle of Xi Jinping is that there must be a united, tightly controlled China.

"And he uses his rationale for the things he does based on that."

Biden argued that no American president could be "sustained as a president if he doesn't reflect the values of the United States.

"Culturally there are different norms in each country, and their leaders are expected to follow." 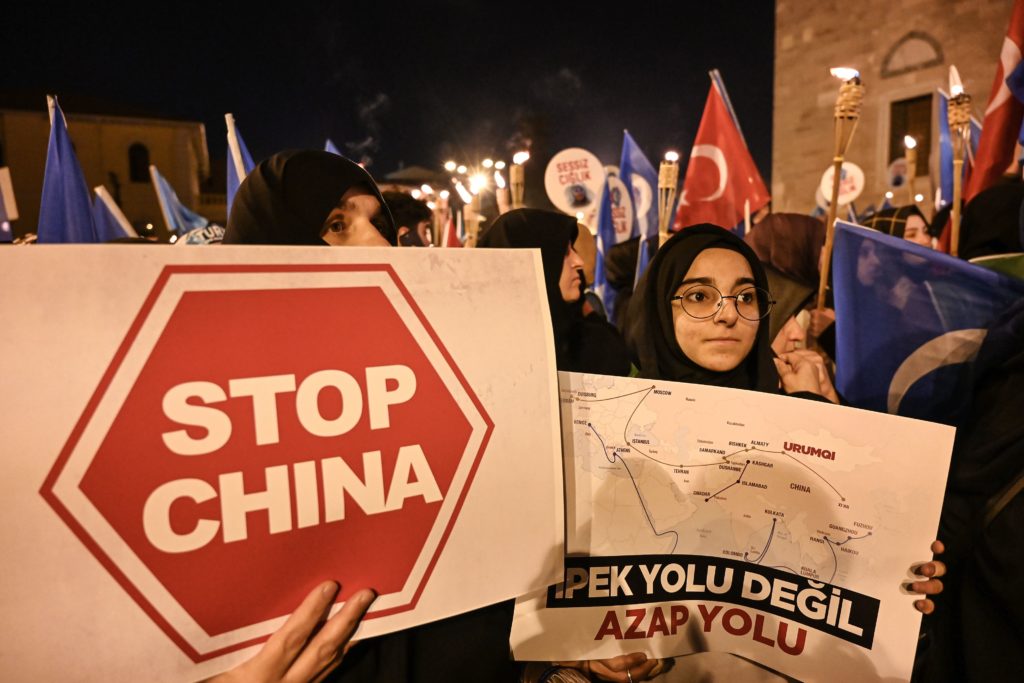 Supporters of China's Muslim Uighur minority wave flag of East Turkestan and hold placards during a demostration against China over its treatment of mainly Muslim Uighurs in Xinjiang. They called for an end to the crackdown in China's northwestern region, where upwards of one million Uighurs and other mostly Muslim minorities are believed to be held in re-education camps.

As a direct result, China banned the British outlet in their territory.

The US Government declared what was going on in the camps to be 'genocide', which makes Mr Biden's comments all the more bizarre.

When asked if there would be repercussions for China's genocide and overall treatment of the Uighurs, Biden sidestepped the question, saying the US would "reassert our role as spokespersons for human rights at the UN and other agencies."

China has also faced a wave of international scrutiny over the past few years relating to its activities in dismantling democracy in Hong Kong.