JOE BIDEN has been officially sworn in as US President on the steps of the Capitol today.

The 78-year-old took his oath of office in a heavily scaled-back inauguration ceremony in Washington D.C.

He swore to preserve, protect and defend America as cheers and applause went up from those present, shortly before Vice President Kamala Harris was sworn in too.

Biden addressed the nation for the first time as president and declared that "democracy has prevailed," in light of Donald Trump's attempts to overturn the election result. 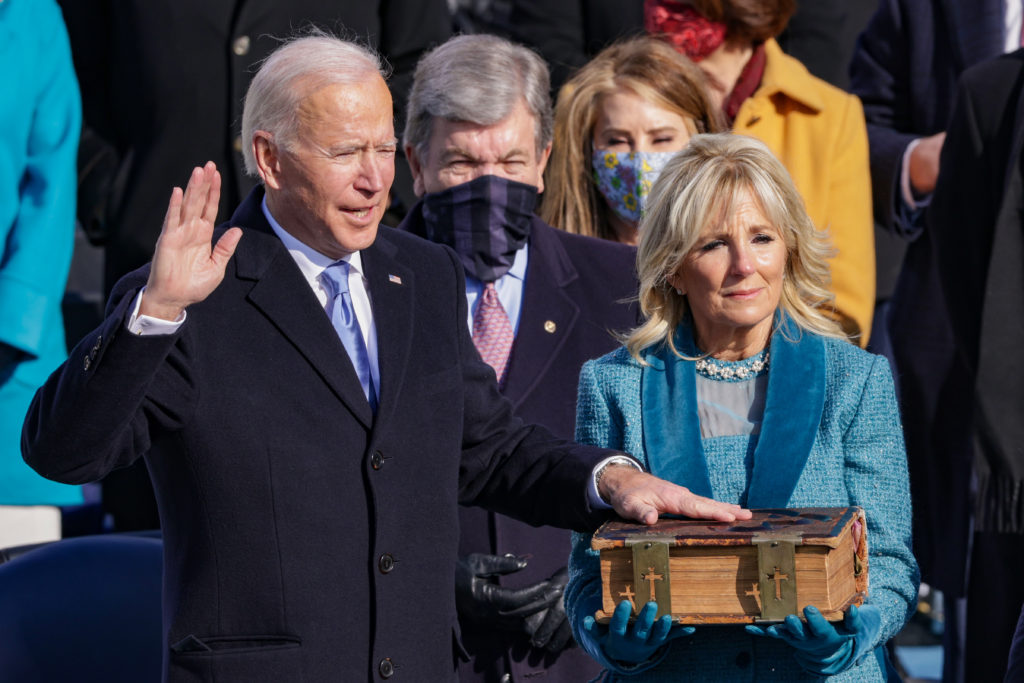 The new president promised to "press forward with speed and urgency" during a "winter of peril" to tackle the "once-in-a-century virus that silently stalks the country", also vowing to confront white supremacy and terrorism.

He stressed that one of his priorities was "uniting our nation", adding that "with unity, we can do great things, important things - we can right wrongs."

Continuing, he said: "Politics doesn't have to be a raging fire destroying everything in its path.

"Every disagreement doesn't have to be a cause for total war and we must reject the culture in which facts themselves are manipulated and even manufactured." 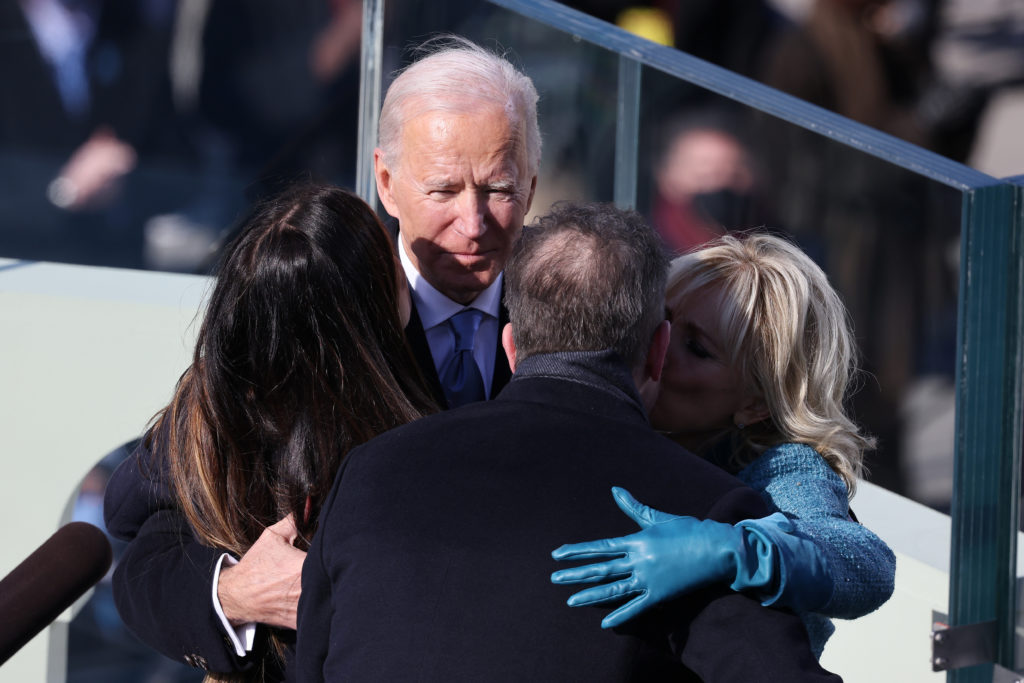 President Joe Biden and first lady Jill Biden hug Hunter Biden and daughter Ashley Biden after being sworn in as U.S. president during his inauguration on January 20, 2021 in Washington, DC. (Photo by Tasos Katopodis/Getty Images)

Former presidents present at the inauguration were Barack Obama - with whom Biden shared a fist-bump - George W. Bush and Bill Clinton.

Trump was an expected but notable absentee, becoming the first president in over 150 years not to attend the inauguration of his successor.

Former vice president Mike Pence was however in the audience.