US PRESIDENT-ELECT Joe Biden has branded the violent mob of Donald Trump supporters who ran riot in the US Capitol earlier this week as “domestic terrorists”.

Speaking from Wilmington, Delaware, Biden described the incident as “one of the darkest days in the history of our nation” and rejected the notion that they were simply protesting the election result.

“They weren’t protesters – don’t dare call them protesters,” he said.

“They were a riotous mob. Insurrectionists. Domestic terrorists. It’s that basic. It’s that simple.”

Trump had pledge to continue fighting the result in a rally held in Washington DC in the hours leading up to the constitutionally required proceedings.

The President also continued to push unfounded conspiracy theories claiming the election was stolen from him, prompting supporters to march on the Capitol Building and ultimately violently disrupt Congress.

Biden made no bones about his belief Trump was to blame for the violent confrontations, which have so far led to the deaths of five people.

“For the past four years we’ve had a president who has made his contempt for our democracy, our constitution, and the rule of law clear in everything he has done,” he said.

“He has unleashed an all-out assault on the institutions of our democracy.”

Windows were broken and offices raided during the ensuing chaos, while several Confederate flags were present alongside MAGA caps.

Biden also revealed that during the unfolding events he received a text from his granddaughter, Finnegan, with a photo of the police presence outside the Lincoln Memorial during last summer’s Black Lives Matter demonstrations. 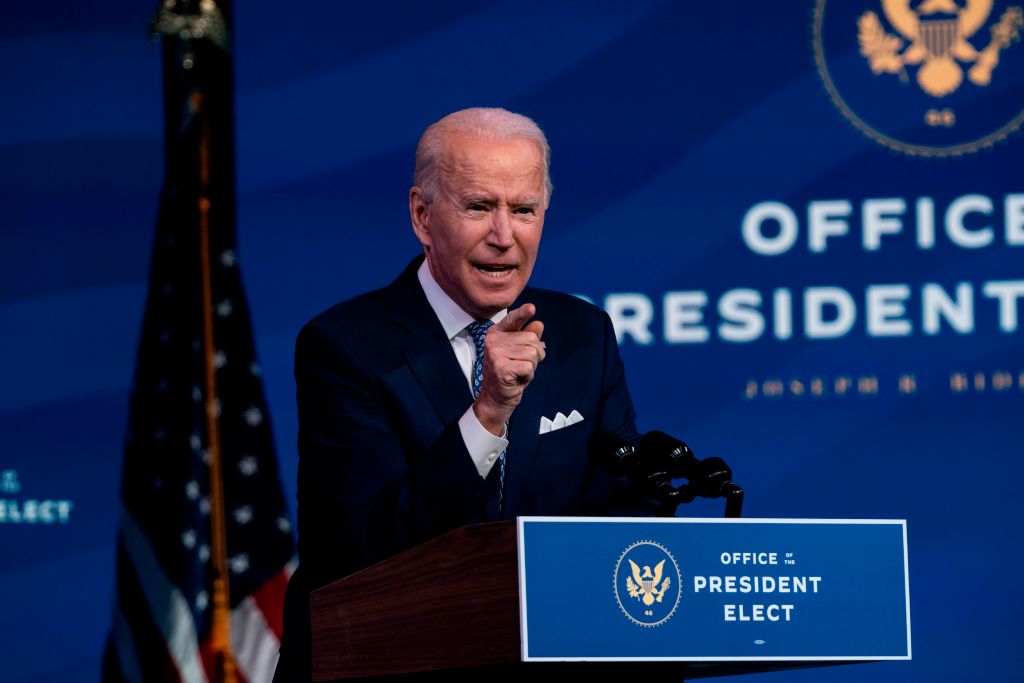 “No one can tell me that if it had been a group of Black Lives Matter protesters yesterday, they would have been treated very, very differently than the mob of thugs that stormed the Capitol,” Biden said.

Biden’s decision to brand the Trump supporters “domestic terrorists” is part of a concerted effort to combat the emerging far-right extremism in the US – a movement cultivated in part by Trump who has previously spoken of far-right groups like the Proud Boys in positive terms.

His remarks come as he introduced his nominee for attorney general, Judge Merrick Garland, as well as three other justice department officials as part of an effort to restore judicial independence.