US President Joe Biden (R) holds a bilateral meeting with Britain's Prime Minister Boris Johnson at the Oval Office of the White House in Washington, DC on September 21, 2021. (Photo by Nicholas Kamm / AFP) (Photo by NICHOLAS KAMM/AFP via Getty Images)

The US President met with the UK Prime Minister at the White House yesterday, and Brexit, Northern Ireland and the protocol are just some of the topics discussed by the two leaders-- with Joe Biden not mincing his words in warning against a hard border on the island of Ireland.

Speaking to reporters in the Oval Office ahead of the face-to-face meeting with the British Prime Minister, Mr Biden was asked about Northern Ireland to which he replied that he feels "very strongly"about the situation.

"We spent an enormous amount of time and effort in the United States [on ensuring there was no hard border].

"It was a major partisan effort, and I would not like to see– nor would many of my Republican colleagues– a change in the Irish accords, and the end result having a closed border," he said, according to The Guardian. 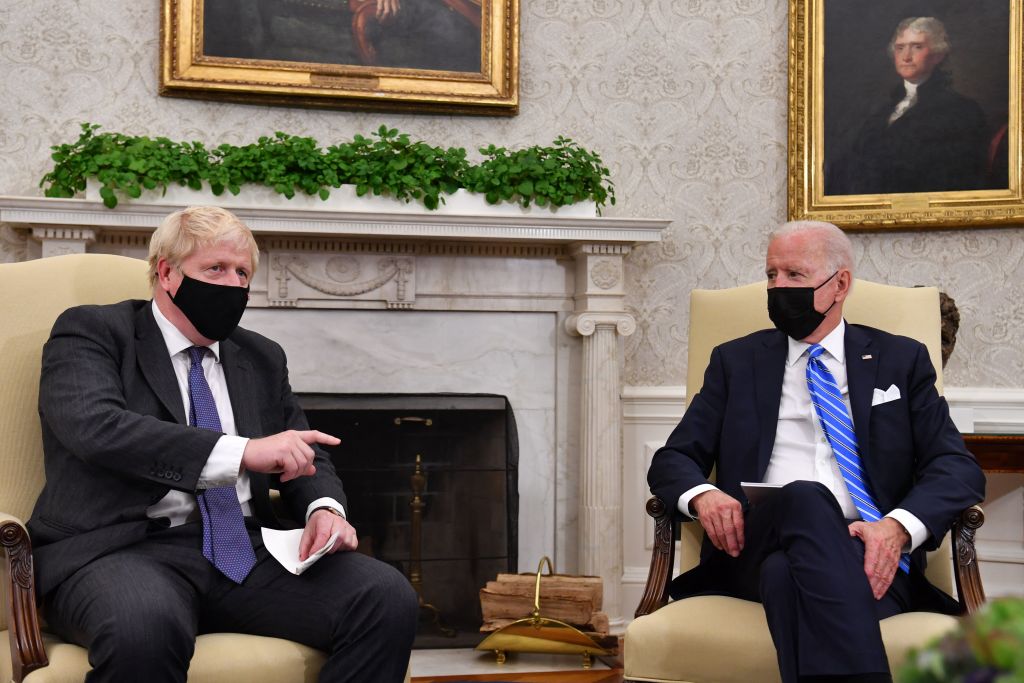 US President Joe Biden (R) holds a bilateral meeting with Britain's Prime Minister Boris Johnson at the Oval Office of the White House in Washington, DC on September 21, 2021. (Photo by Nicholas Kamm / AFP) (Photo by NICHOLAS KAMM/AFP via Getty Images)

Mr Biden is a vocal supporter of the Good Friday Agreement, and has repeatedly warned the United Kingdom that Brexit should not impact on the peace process, including no return to a hard border between north and south.

However the Northern Ireland Protocol, agreed by the UK and EU before Brexit, has caused anger among loyalists and unionists in the north  as it essentially sets a trade border in the Irish Sea between Northern Ireland and Britain, and Boris Johnson's government have repeatedly complained about or threatened to override the protocol.

Speaking in the Oval Office yesterday, Mr Johnson set to reassure Mr Biden and the public that "nobody wants to see anything that interrupts or unbalances the Belfast or Good Friday Agreement", and said he and Mr Biden are "completely at one" in wanting to protect the peace process.

However Mr Johnson is expected to use his time in the United States to explain Britain's concerns about the agreed protocol in a series of meetings with top Republican and Democrat politicians.

Mr Johnson had been hoping to secure a free trade deal between the UK and US, however Mr Biden would not be drawn on the subject, stating instead that it would "continue to be discussed".