THE FUNERAL of John Hume is set to take place in his native Derry on Wednesday, while a candlelit tribute will be held this evening.

Following the news of his death, there's been an outpouring of grief across the island of Ireland and amongst the Irish diaspora around the world.

Hume's body is to be taken this evening from Donegal to St Eugene’s Cathedral in Derry where his Requiem Mass will be said tomorrow morning.

There will be opportunity for people to tune in to the live stream of the service at 11.30am on Wednesday using the following link: www.steugenescathedral.com/webcam.html

To pay further tribute to the Irish peacemaker, the Labour Party Irish Society are encouraging Irish diaspora to light a 'candle for John' in his memory at 9pm this evening.

"It is right that John Hume is laid to rest in Derry with the people he loved and in the city he called home. But John has a special place in the hearts of the millions of Irish diaspora in Britain who will be mourning John’s passing today too," said Chair of the Labour Party Irish Society, Liam Conlon. 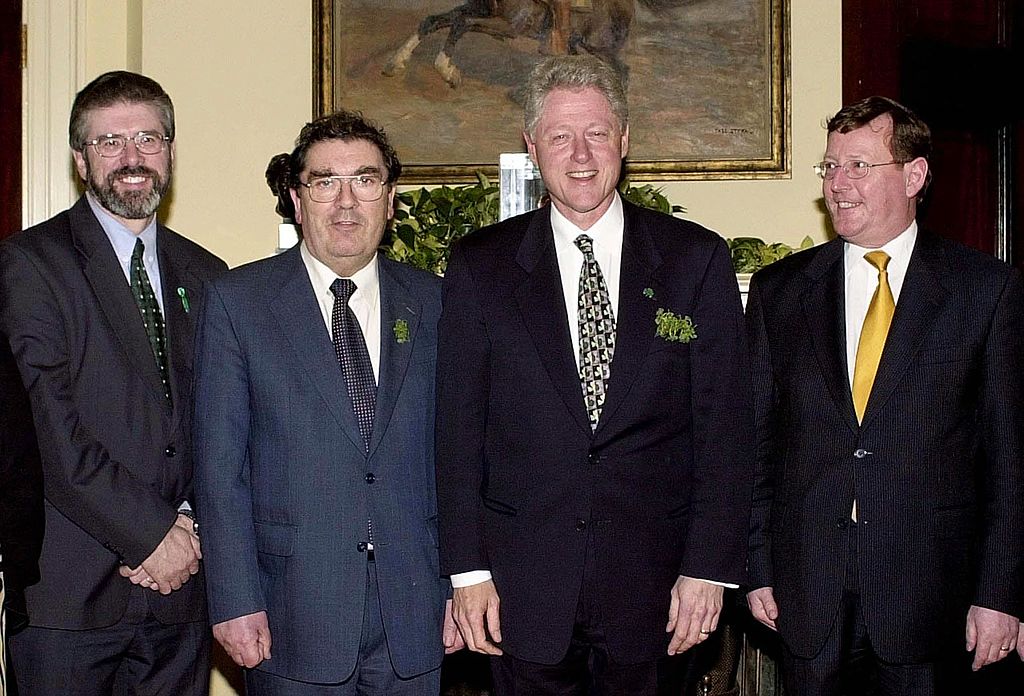 "John will also be remembered lovingly by the Labour Party and the wider Labour movement across Britain. John was the leader of our sister party, the Social Democratic and Labour Party (SDLP), and not only was he a peacemaker but a champion of the marginalised and dispossessed.

"When banks wouldn’t lend to the poor of Derry, John knocked on every door in the Bogside and started a Credit Union. John was a schoolteacher and a champion of workers' rights. He was a proud internationalist and a leader of the global Civil Rights movement.

"John was often at Labour Party Irish Society discussions and Receptions during his time as an MP, and we have send our deepest condolences to the Hume family, the SDLP and the people of Derry.

"Whilst we can't come together to remember John Hume in the way we normally would, we're asking people to join the Hume family and those across Ireland this evening in lighting a candle for peace at 9pm. You can do it in your home or at your front door.

"Ar dheis Dé go raibh a anam. May he rest in peace."

John Hume's Funeral Mass will take place at 11.30am on Wednesday August 5 at St Eugene's Cathedral in Derry.

It will also be broadcast on RTE One and its online platforms.

Anyone wishing to follow the service via the church's live stream can do so by clicking here.