Katie Taylor is a two-weight world champion after taking Christina Linardatou’s WBO super-lightweight belt with a composed display in Manchester.

The Bray Bomber did her best work off the backfoot throughout and handled the step up to 140lbs with confidence and poise.

Linardatou was a threat and caught Taylor with some big shots early on and in the latter rounds.

But Taylor was determined not to get dragged into a war and was able to get in close, fire her shots and move out of range. 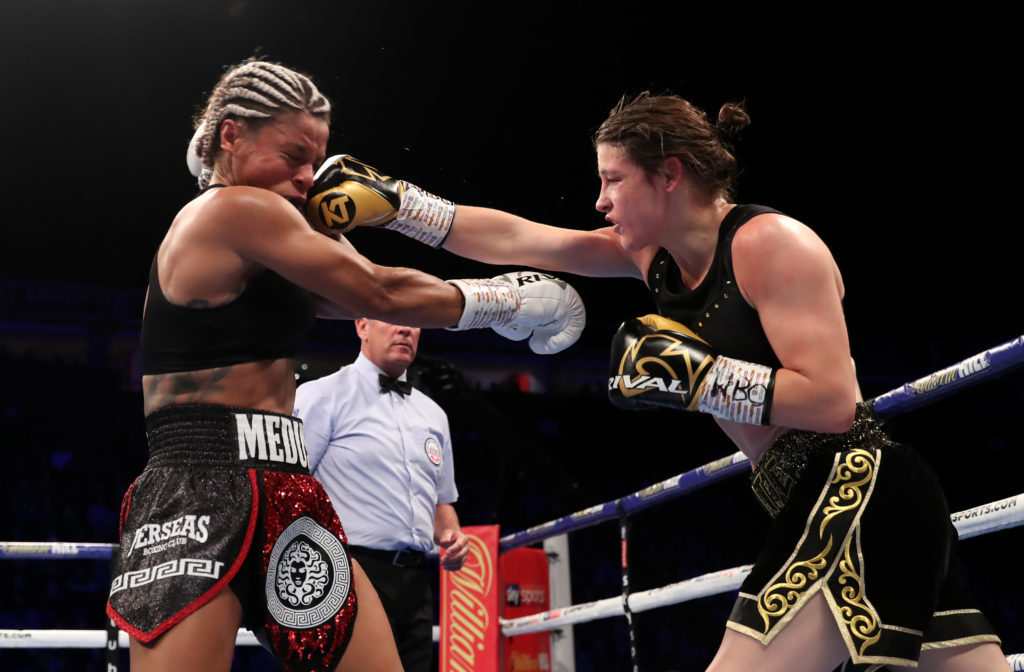 Katie Taylor and Christina Linardatou in action during the WBO World Super-Lightweight Championship bout at the Manchester Arena. (Photo by Jan Kruger/Getty Images)

Tonight’s win means the 33 year-old is only the third Irish boxer after Steve Collins and Carl Frampton to become a two-weight world champion.

“This is the best I have felt in camp,” she told The Irish Post after the fight.

"I had a lot of preparation time. I walk around at 140lbs so I didn’t have to cut weight this time.

“She definitely had a very strong punch. But we knew that coming into this fight.” 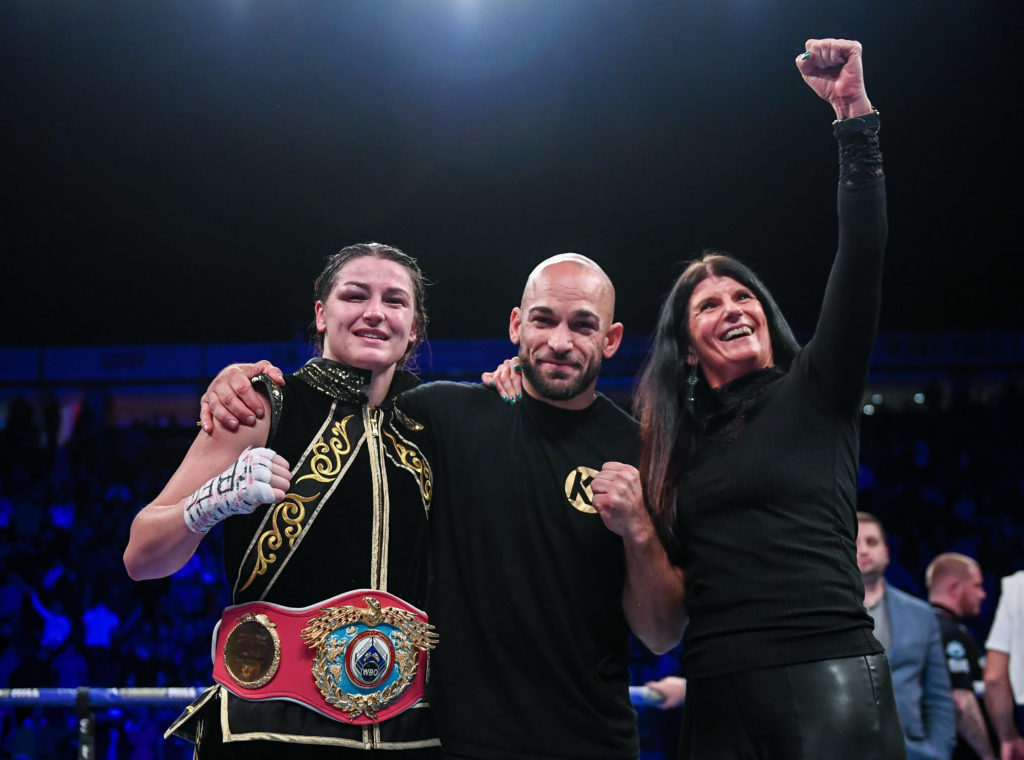 Taylor took the early rounds and her speed of thought and movement had Linardatou chasing shadows.

The Dominican-born Greek boxer was over reliant on looking for the big punch and Taylor was able to use her ring nous to stay out of harm's way.

She was landing and not get caught. After an early flurry, Linardatou looked like she was tiring from the third round.

By Round 6, Linardatou was not throwing with such ferocity. She was telegraphing her punches and Taylor was evading quite easily and picking her off.

Linardatou caught her with a decent punch just to remind her of her power in Round 8 and Taylor developed a  swelling over the right eye.

Round 9 went to Linardatou for pure relentlessness and work ethic.

But  the Greek fighter had given herself too much to do and – unlike the last fight against Delfine Persoon – there was no suggestion that the three judges had erred with their scores of 96-94, 97-93 and 97-93 all for Taylor.

The Irish star now has a number of options, with a rematch against Persoon or the USA’s Jessica McCaskill under serious discussion.

"We know she will always be a legend back home," said promoter Eddie Hearn.

"But it doesn’t matter if the next fight is in Dublin, London, New York or Boston.

“When you look back at what she has achieved in such a short space of time, fighting in Madison Square Garden, headlining here in Manchester. She is an icon in the sport.

He added: “I would love to see her become an undisputed two-weight world champion.

"There’s so much more to do. There are so many more opportunities to make history.”

Lockdown in Ireland to be extended 'well into February'