ON the April 30, 2016 one of Ireland's most well-known tourist attractions will close for good.

The Blarney Stone, thought by some to grant those who kiss it the 'gift of the gab' has long been a draw for tourists visiting the south of Ireland.

Situated on the grounds of Blarney Castle and Gardens, Co. Cork, the 200-year-old stone has been visited by world statesmen, literary giants, and legends of the silver screen as well as millions of tourists.

Up until 1999, pilgrims wishing to press their lips against the stone in hope of gaining some Irish eloquence had to climb several narrow flights of steps, held by the ankles and lowered head first over the battlements. 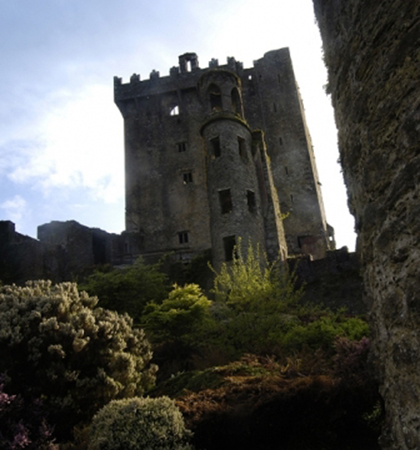 In 2000, it was announced the in the interests of protecting the health and safety of visitors, an iron railing was installed allowing tourists to simply lean backwards and hold onto the rail and kiss the stone from the safety of the castle's parapet.

While the legend of the stone holds appeal for many, the attraction has been harshly criticised by some.

In 2011, The Daily Mail branded it "Ireland's most unhygienic tourist attraction" addressing rumours that locals have long urinated on the stone at night.

A statement released yesterday confirmed that while public access to the castle and adjoining gardens will remain open year round, public will no longer be able to kiss the Blarney stone from the end of the month.

Reaction to the news in Cork has been mixed.

24 -year-old stone mason Johnny Maloney tweeted his disappointment: "Where will I go for a pee now lads?" he wrote.

Well...did you spot our April Fools'?

The Witch’s Yew: Ireland’s winning ‘Tree of The Year’ has been announced—and it’s haunted