KOALAS, we all love them. Show me someone who doesn’t want what’s best for a humble little koala and I’ll show you a liar.

Despite this being the case, their numbers are declining and their future as a species looks to be in serious jeopardy.

Koalas are now officially considered to be ‘functionally extinct’ - meaning that they their declining numbers means they’re no longer a contributing part of the ecosystem they were once central to.

It also means that naturally, their numbers are almost certain to continue declining, until their total extinction, unless drastic action is taken by … oh I don’t know … humans perhaps?

The Australian Koala Foundation (AFK) have announced that there are just 80,000 koalas left in the wild. 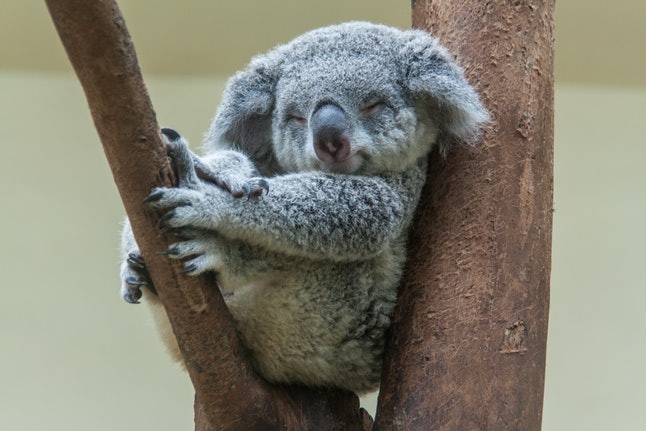 There are estimated to be just 80,000 koalas left in the wild

This might seem like a relatively high number, but to put that into some context, that is just 1% of the 8 million koalas who were shot for their fur, which was shipped back to the UK between 1890 and 1927 alone.

The AFK have be pushing for further federal protection for koala habitats across Australia, including for the eucalyptus trees they need for food and for shelter.

Koalas only live in certain areas of Australia and the marsupials are only found on the continent - nowhere else.

Loss of habitat due to deforestation, farming, urban encroachment, climate-change and tourism have lead to the rapid decline in numbers over the past few decades.

Due to these factors, koalas are increasingly found living in areas that aren’t natural for them. Many are forced to exist in urban areas and suffer the consequences.

More than 300 koalas die on roads every year in Australia and many become trapped in gardens and even houses, and some have been found drowned in swimming pools.

Worryingly, since 2010, the AFK have monitored 128 Australian areas where koalas live, and in that time alone, the species has gone extinct in a staggering 41 of those areas. Just in nine years.

Due to being such sedentary creatures, they aren’t the most adaptive of animals and it’s often hard to accurately count koala numbers.

Climate change is becoming one of the most talked about political issues around the world - and Ireland officially declared a ‘climate emergency’ earlier this month - becoming just the second country in the world to do so.

Whatever their numbers, surely the entire world can rally behind the idea that we cannot let these peaceful, adorable, fluffy-eared beauties die out.

WATCH: Heroic goat and rooster rush to save chicken from hawk attack